Danville, CA, March 26, 2014: In a ceremony at Danville’s Veterans’ Memorial Building, Consul General Han Dong-man of the Korean Consulate General in San Francisco presented a formal Certificate of Appreciation to Danville resident Rear Admiral Russell W. Gorman, USN (Ret.). The Certificate, signed by KWMF President Pete McCloskey as well as by Consul General Han, expressed appreciation to Admiral Gorman for his service to his country, his dedication to a worthy cause, and his donation to the Korean War Memorial Foundation. Admiral Gorman had recently bequeathed a portion of his estate to the Foundation. The bequest will be for approximately $135,000, which will make it the second-largest donation to date from an individual. 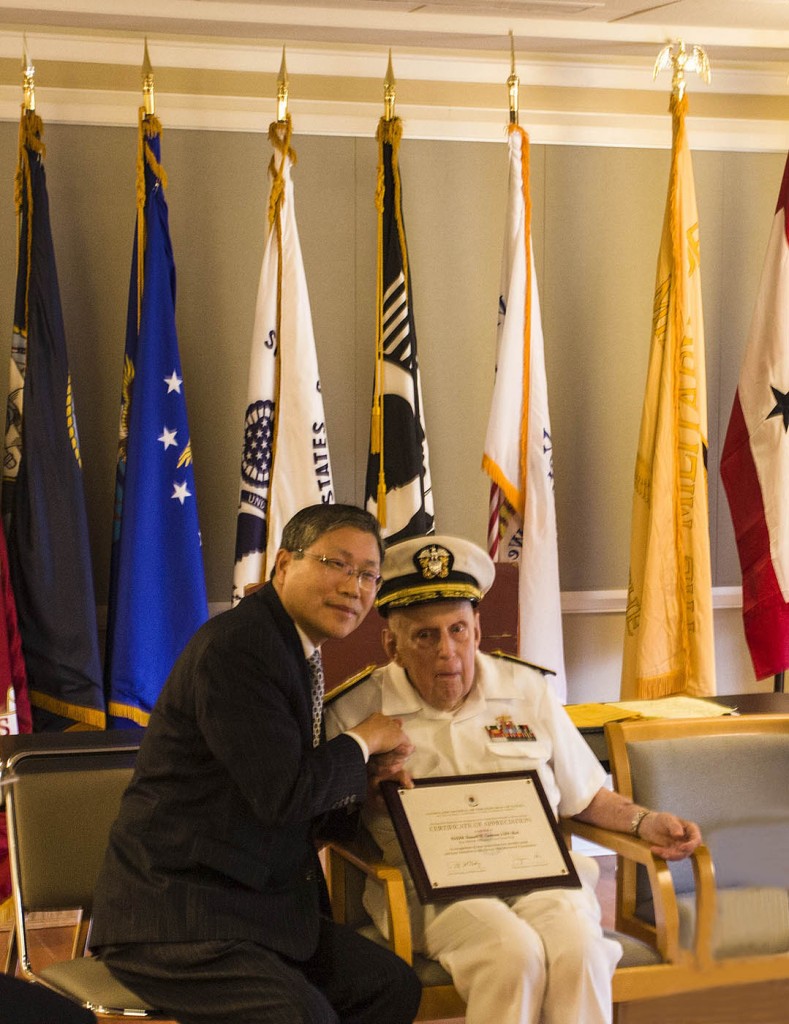 The ceremony was hosted by Rear Admiral Robert P. Tiernan, USN (Ret.), a long-time close friend of Admiral Gorman’s. Among the forty or so people in attendance were KWMF Secretary John Stevens, Lieutenant Colonel, USMC (Ret.); KWMF Board Directors Daniel C. Helix, Major General, USA (Ret.) and Thomas F. Brown III, Rear Admiral, USN (Ret.); a number of Danville city officials and Korean War veterans; and Deputy Consul General Lee Sang Ryol and other staff members from the Korean Consulate General in San Francisco. Admiral Gorman commented to several of the attendees that America’s role in safeguarding the freedom of today’s democratic and prosperous Republic of Korea is a source of pride to him. 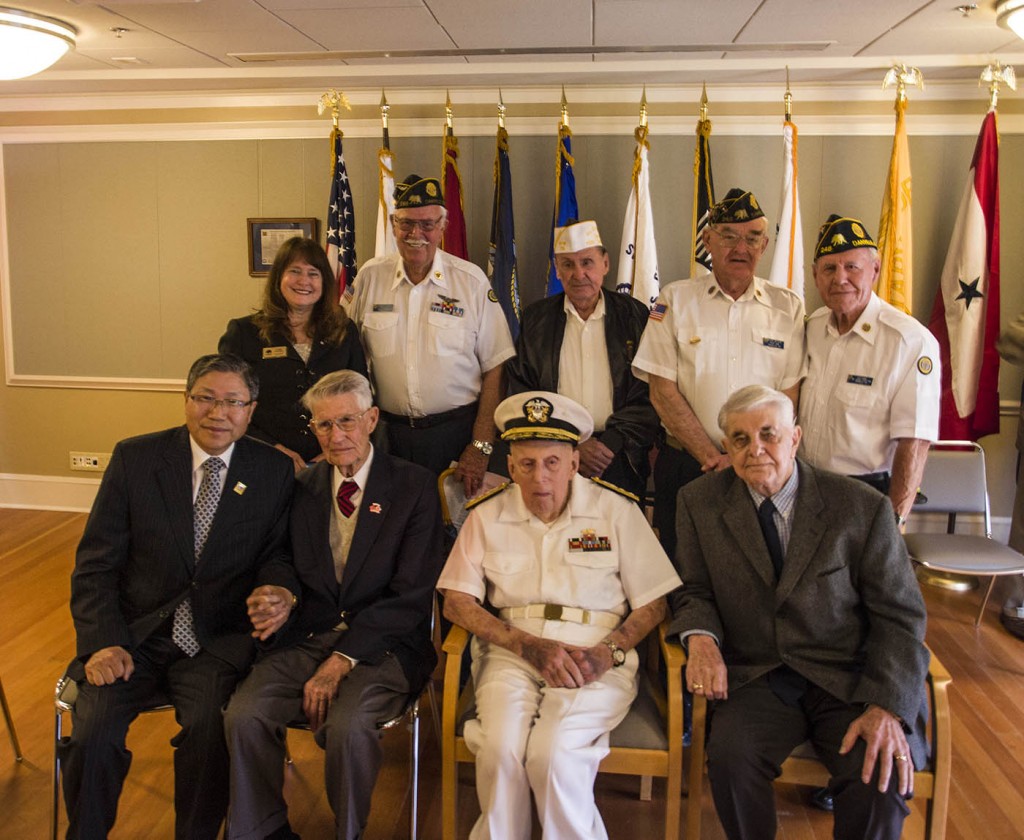 Rear Admiral Gorman with some of his guests

Admiral Gorman, 86, was commissioned as an ensign in the U.S. Navy Reserve in 1949 and retired in 1987. His long, distinguished career included service in Japan supporting the Korean War effort and five commands in the Naval Reserve, including two Major Commands. He also attended the Naval War College and the National Defense University. After his retirement, he was the Commander of the San Francisco Commandery of the Naval Order Of the United States in 2004 and 2005. 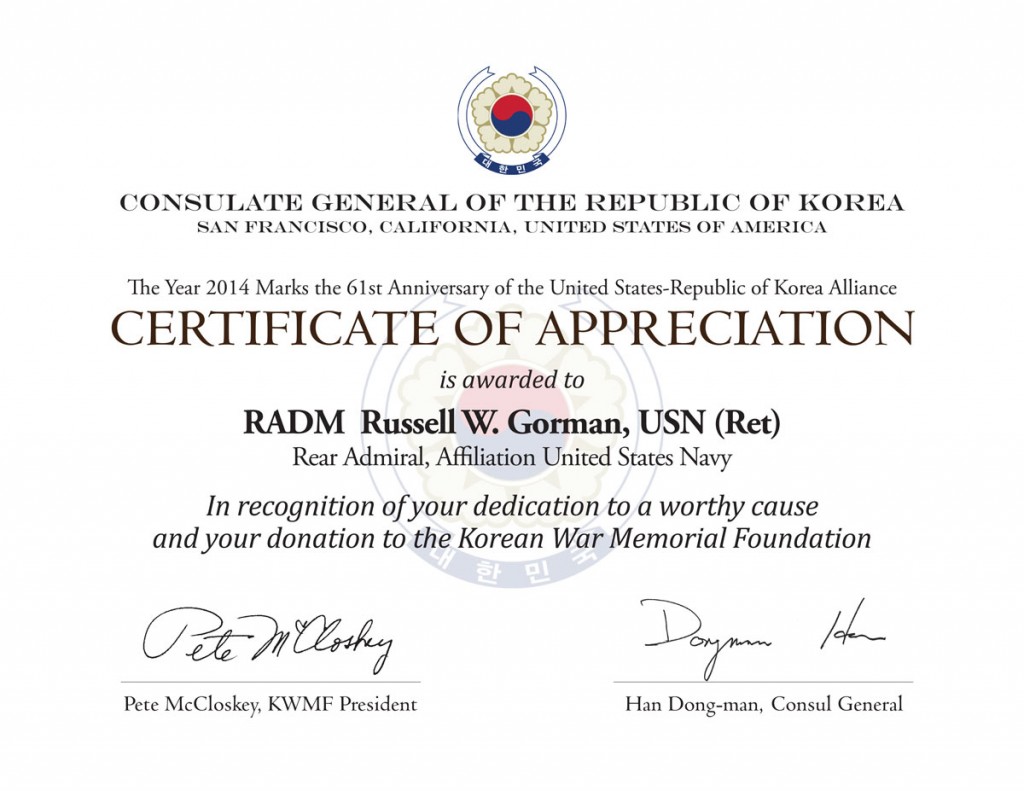 The Certificate of Appreciation