An Intimate Memorial Day Gathering at the Korean War Memorial

On May 29, 2017, right after the larger Memorial Day event in the adjacent San Francisco National Cemetery, a smaller, more intimate ceremony took place on the Korean War Memorial Plaza. Korean War veterans, donors, and friends of the Foundation gathered with KWMF’s officers for a few moments of prayer and remembrance, followed by the placing of a ceremonial wreath in front of the Memorial wall. 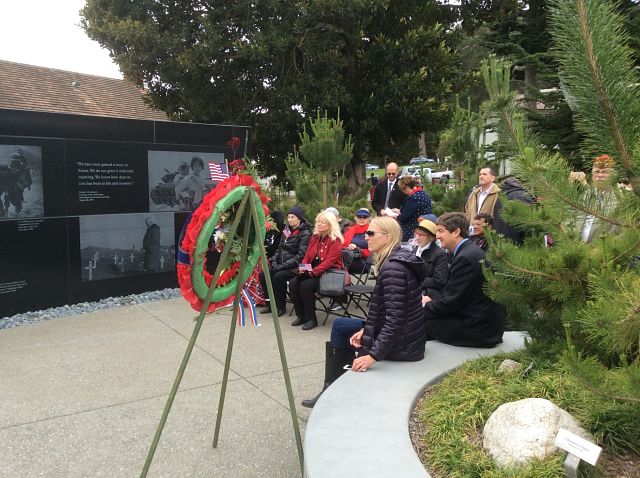 KWMF Executive Director Gerard Parker began by welcoming the guests and introducing the Foundation’s officers and Deputy Consul General Jimin Kim, representing the Government of the Republic of Korea. 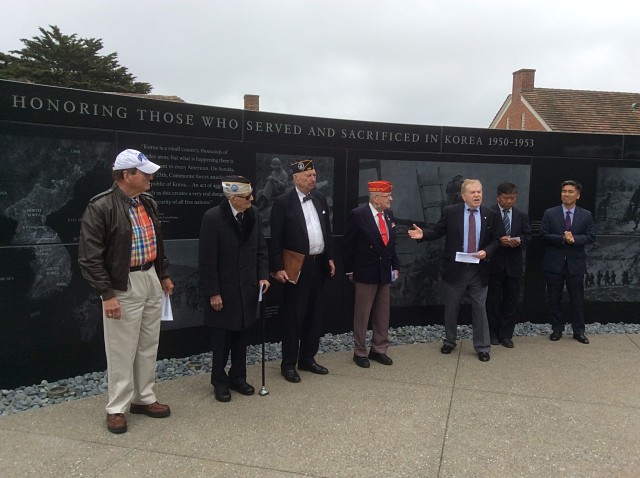 Donald Reid then led the recitation of the Pledge of Allegiance.

Next came an invocation by Arthur Curtis, in acknowledgement of the solemnity of Memorial Day. 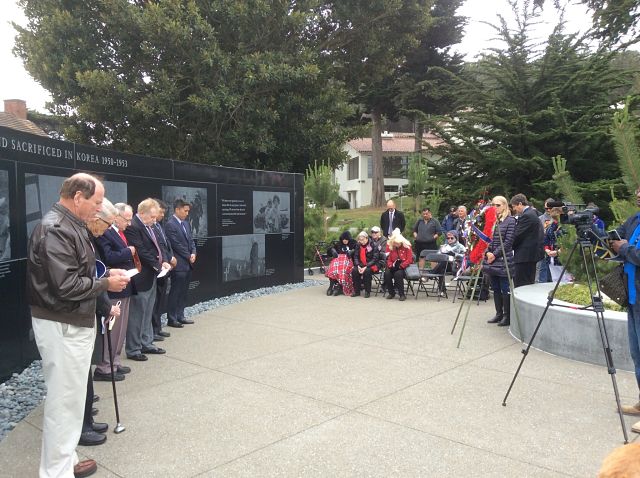 Following the invocation, Judge Quentin Kopp (Ret.) thanked the guests for their participation, and spoke of the need to honor and remember all those who sacrificed for South Korea’s freedom. 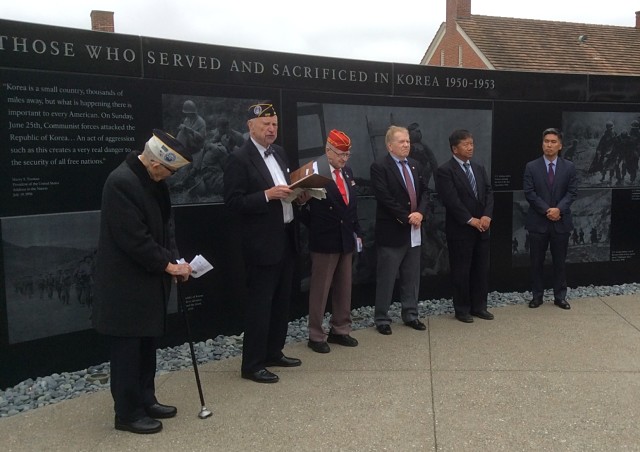 Man J. Kim and Deputy Consul General Jimin Kim then placed the ceremonial wreath in front of the Memorial wall. The gold and purple ribbon on the wreath reads, “Remembering the Forgotten War.” 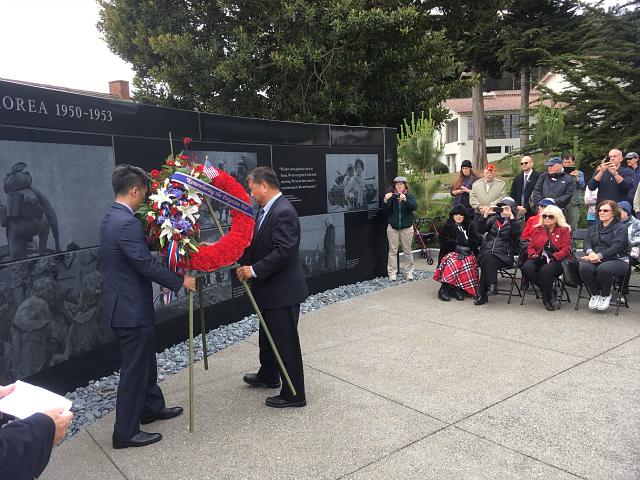 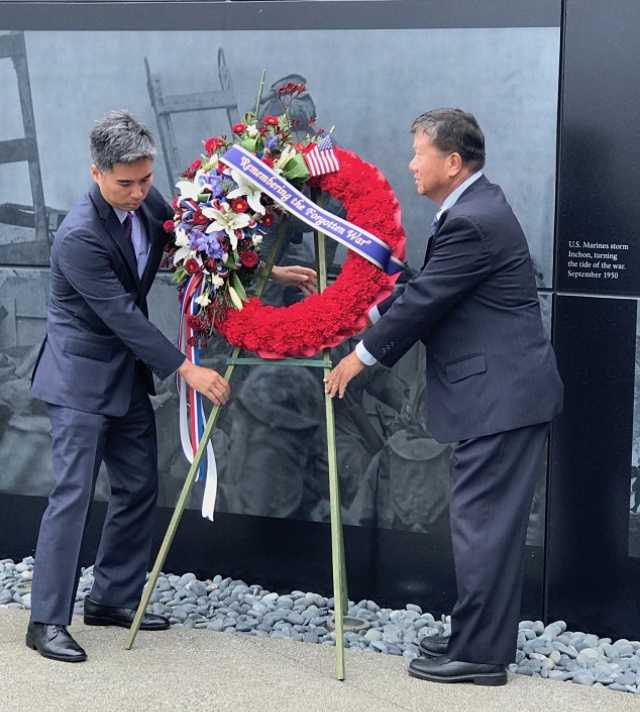 The ceremony came to a close with a benediction by Art Curtis. Then the speakers and guests had an opportunity to mingle for personal conversations and renewals of friendships. 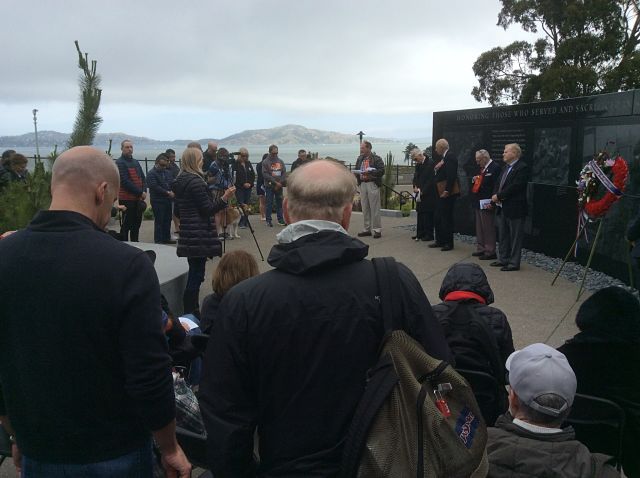 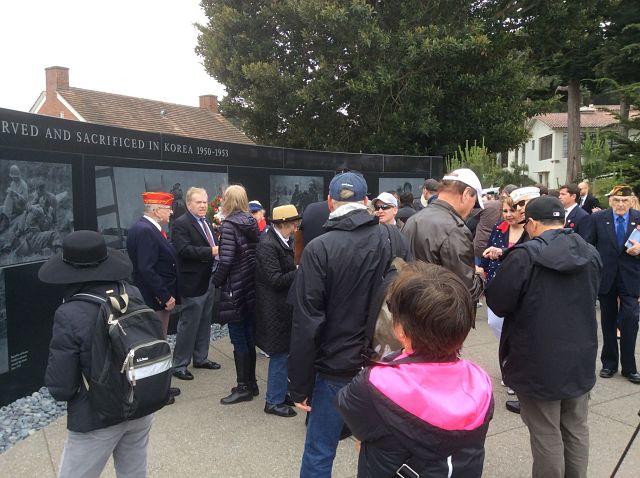 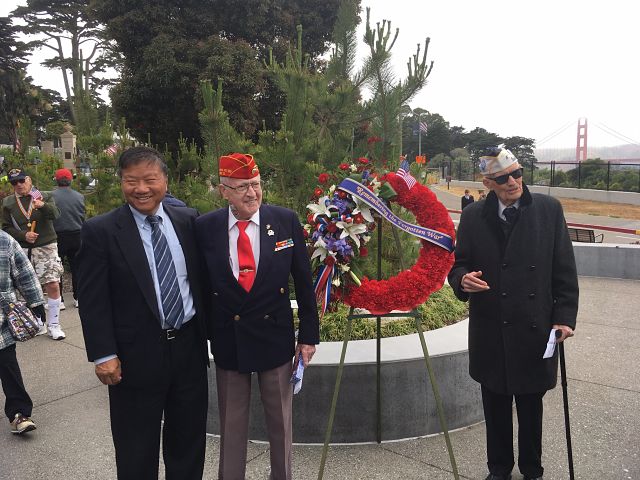