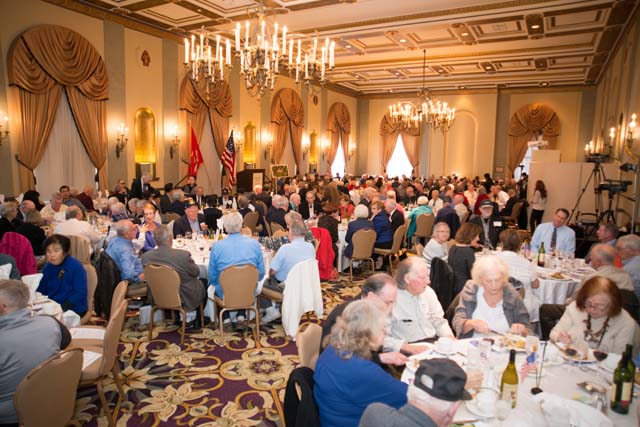 On September 17, our Korean War Veterans’ Appreciation Luncheon was held at the Marines’ Memorial Club and Hotel In San Francisco. This popular annual event, co-sponsored by the Marines’ Memorial Club and the Korean War Memorial Foundation, attracted more than 200 attendees: Korean War veterans, their spouses, and other friends. Many of the veterans picked up free copies of the handsome “Korea Reborn” book; and several who had applied in advance received the Ambassador for Peace medal courtesy of the Korean Government. 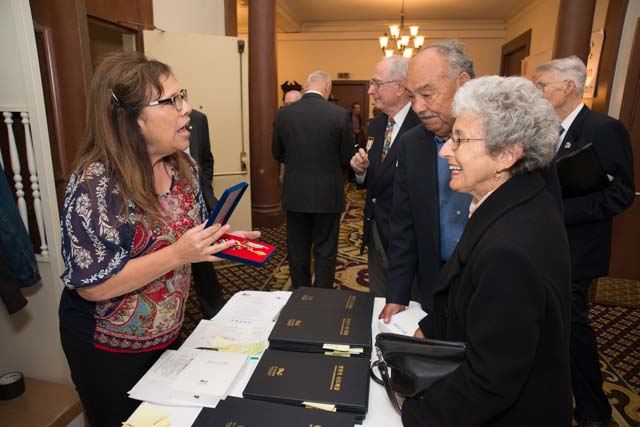 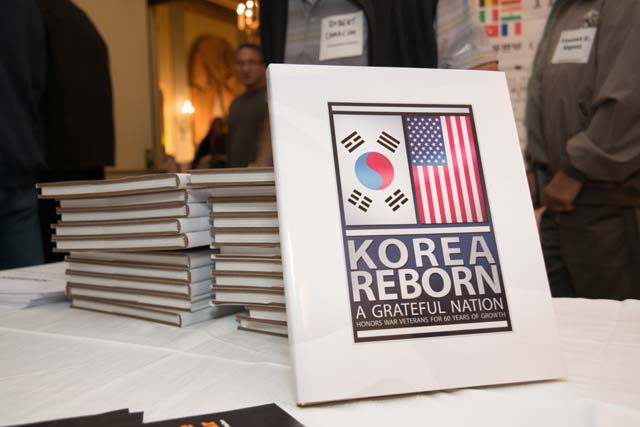 An informal cocktail reception was followed by a ceremonial Posting of the Colors by a Color Guard of Marines from the San Francisco Recruiting Station, and the playing of the National Anthems of the United States of America and the Republic of Korea. 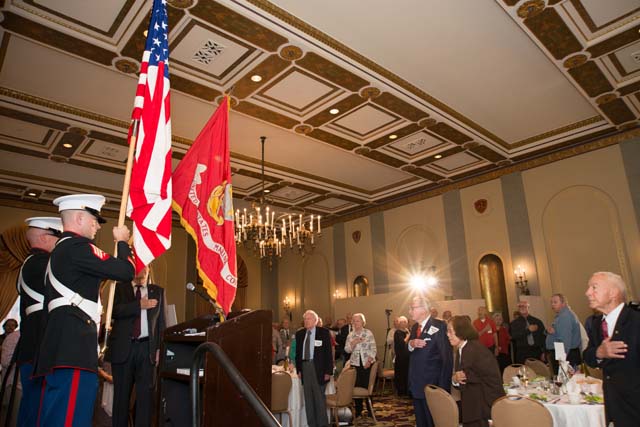 Next, Korean War veteran Denny Weisgerber gave the Invocation. Denny, a retired Marine Corps Gunnery Sergeant, was the recipient of the Navy Cross for valor and the Purple Heart for wounds received during the war. He is now Chaplain of the 1st Marine Division Association. 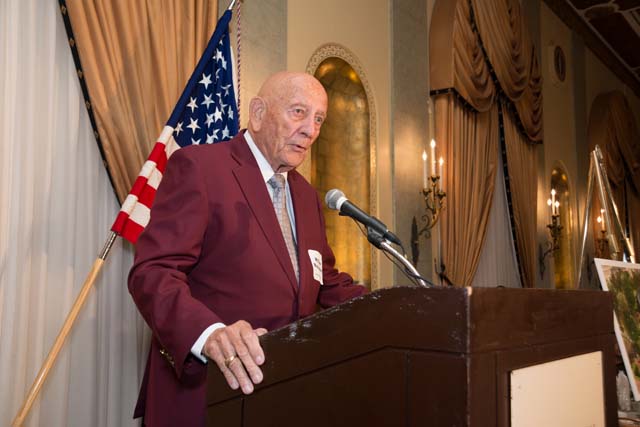 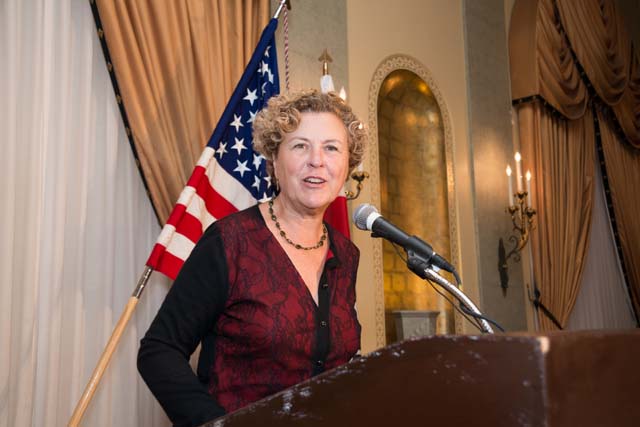 Then the “eating” part of the luncheon began with toasts, good food, and congenial conversation. 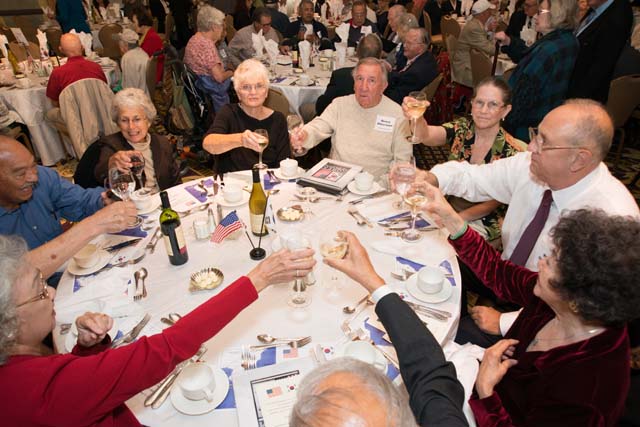 Next came the program’s Special Guest Speaker Joanna Kim-Selby, a Korean-American woman who had been a teenager in Seoul when the war began. She spoke with deep emotion about the sufferings she and her parents and siblings endured while fleeing the invading Communists. Many of the hardened veterans in the audience were moved by Joanna’s recounting of a Korean civilian’s perspective of the war. 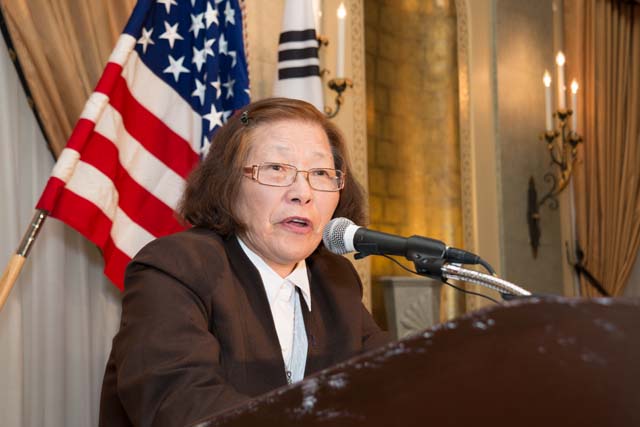 Joanna is Executive Director of the East Bay Korean-American Senior Service Center in Oakland, CA. In her long and distinguished career, she has received numerous awards for helping to improve the lives of California seniors and Korean immigrants. She has served on the Board of the California Commission on Aging and the Older Women’s League (OWL). In 2003, Joanna Kim-Selby was awarded the Medal of Honor by the President of the Republic of Korea. Following her speech, KWMF Secretary and Marine Corps Korean War veteran John Stevens presented her with a Plaque of Appreciation. 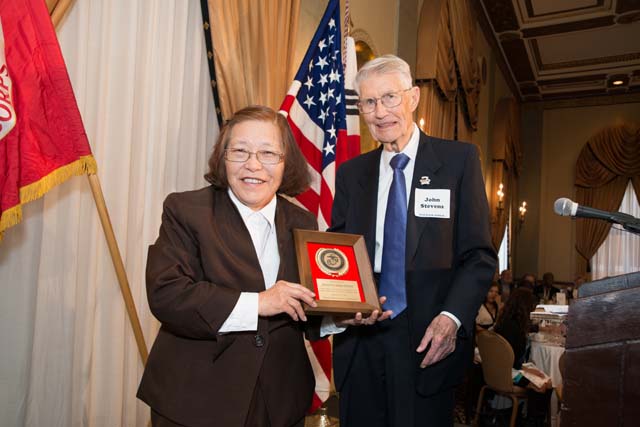 The next speaker was Consul General Han Dong-man of the Republic of Korea. He thanked all Korean War veterans for their service to preserve South Korea’s freedom, and then presented two of the guests with the Korean Government’s Ambassador for Peace Medal. The first recipient was Crispin Salazar, a U.S. Navy veteran of the Korean War. 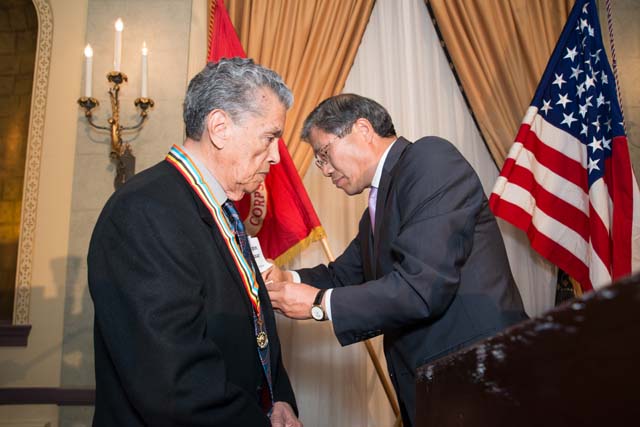 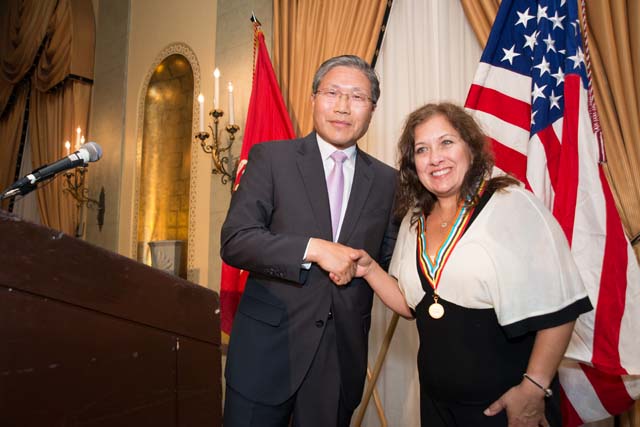 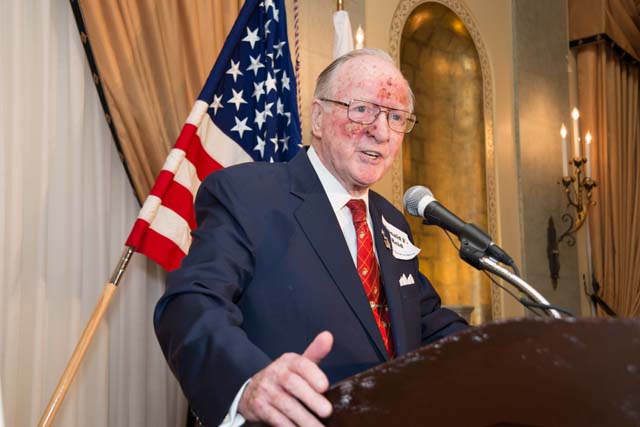 After coffee and dessert, the Colors were retired, Chaplain Weisgerber delivered a Benediction, and the guests slowly and reluctantly said their farewells and headed for home.

You can see additional photos from the luncheon in the brief slideshow below.