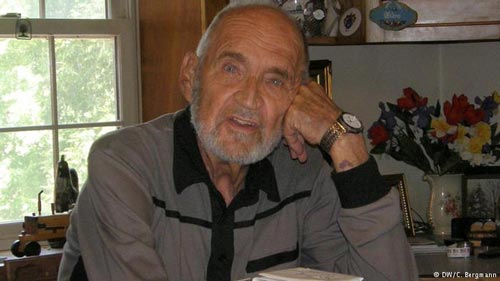 Colonel William E. Weber, USA (Ret), a highly decorated Korean War veteran, is now fighting another battle – this time not against an armed, determined enemy, but against Federal government gridlock and apathy. In 1987, Colonel Weber was appointed by President Reagan to the Advisory Board that oversaw the design and construction of the renowned Korean War Veterans Memorial on the Mall in Washington, DC. One of the 19 stainless steel statues actually bears his facial features. 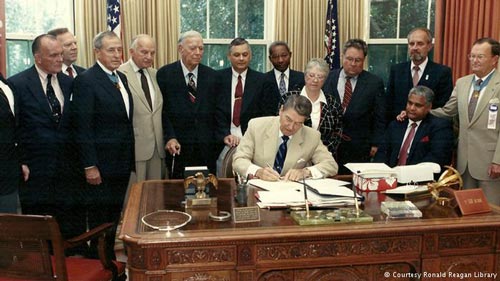 Colonel Weber now serves as Chairman of the Korean War Veterans Memorial Foundation, and he’s a man with a mission. For several years now, he has been fighting to get HR-318 enacted. This proposed bill calls for a Wall of Remembrance to augment the Pool of Remembrance at the Korean War Veterans Memorial. The Wall would memorialize the names of the KIA and the numbers of the WIA and POW for posterity, in keeping with the spirit of PL 99-572, the original legislation that authorized the Memorial.

You can help Colonel Weber accomplish his mission. Full details on this struggle spearheaded by Colonel Weber – and on how you can help — may be found at http://www.koreanwarvetsmemorial.org. When you get to the website, click on the Wall of Remembrance link in the upper right corner of the page. Then urge your Congressional Representative to become a co-sponsor of HR-218 ASAP.

Colonel Weber’s distinguished military career began when he enlisted in the U.S. Army on February 25, 1943 and was assigned to the 11th Airborne Division. He was selected for OCS and after receiving his commission he rejoined the 11th, where he served in the Pacific Theater through the end of the war and in the occupation of Japan. When the Korean War broke out, he was deployed to Korea in August, 1950 with the 187th Airborne Regimental Combat Team. He was first wounded in September, 1950 while attached to the 1st Marine Division in the battle for Seoul, and subsequently promoted to Captain in December, 1950 and assigned as CO of K Company, 3rd Battalion, 187th ARCT. In February, 1951, during the battle for Wonju, he was seriously wounded and evacuated to the States. 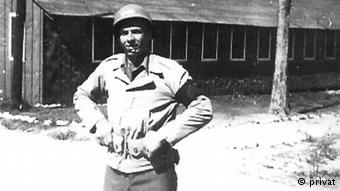 1st Lieutenant Weber prior to his wounding at Wonju, Korea

Following a long hospitalization, and despite having lost a leg and part of an arm, he was retained on active duty and served in a number of positions at Fort Benning, in Europe, and at HQ, Department of the Army. He retired as a Colonel in October, 1980, after more than 37 years of service. His decorations include the Distinguished Service Medal, Silver Star, Bronze Star with V, Legion of Merit with Palm, Purple Heart with 2 Palms, and Army Commendation Medal with Palm.