On Monday, March 7, KWMF’s officers and directors hosted a luncheon at the Marines’ Memorial Club in San Francisco to bid a fond farewell to Consul General Han Dong-man. His three-year posting in San Francisco was about to come to an end, and we at KWMF wanted to honor his unparalleled support for our Memorial project. 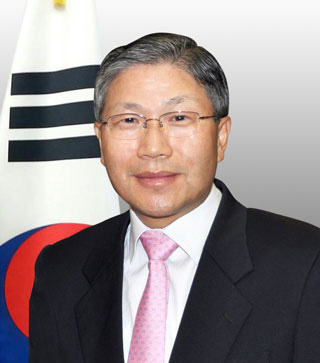 Consul General Han has been a strong, proactive ally of KWMF since he first arrived in San Francisco to assume his new post in May, 2013. Thanks to his strong leadership and selfless dedication, he has made a significant contribution to getting KWMF the $1 million grant from the Korean Government, as well as several hundred thousand dollars from Korean and Korean-American organizations and individuals. We at KWMF, and all Korean War veterans and their families, owe him a debt of gratitude. 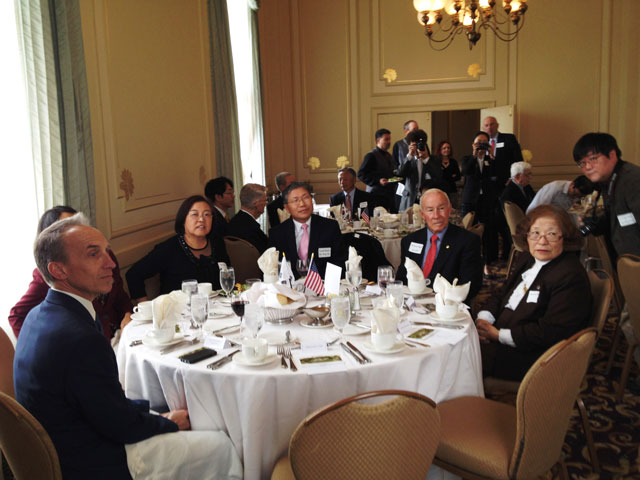 The guests included Presidio Trust executives, major donors, senior Consular staff, and other friends. Following homages paid to Consul General Han by several of the guests, KWMF’s President and Chairman, Judge Quentin L. Kopp (Ret.), presented the Consul General with a handsome commemorative plaque signed by all the KWMF officers, as a memento of his stay here. 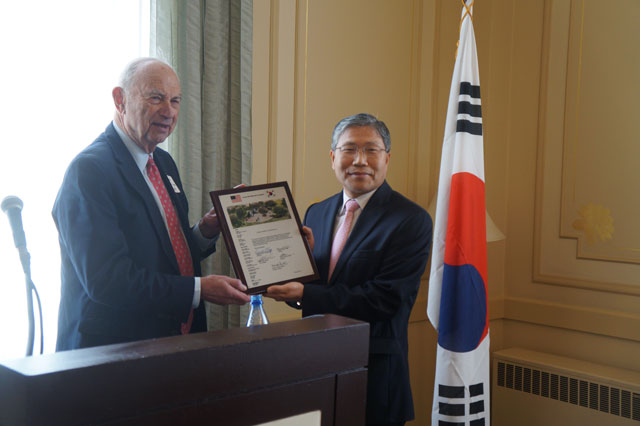 Consul General Han received his Bachelor’s at Yonsei University in Korea and his Master’s in International Organization Law at the Pantheon-Sorbonne University in Paris. He joined the Ministry of Foreign Affairs in 1985 and has held Secretary posts in Algeria, the United Kingdom, and Australia as well as in the Office of the President in Korea. In 2002, he served as the Director of the Security Policy Division at the Ministry of Foreign Affairs and Trade and as Consul at the Korean Consulate General in New York. He also served as the Minister-Counselor at the Korean Embassy in Washington, D.C.

Prior to his post in San Francisco, he served as the Director-General of the International Economic Affairs Bureau of the Korean Ministry of Foreign Affairs (2011 – 2013). Consul General Han received the Order of the Service Medal in 2012 and he has written four books, including The Next 10 Years of Korea (ISBN 9788959753666), an insightful look at the future of Korea on the international stage for the coming decade. He is married and has two sons. 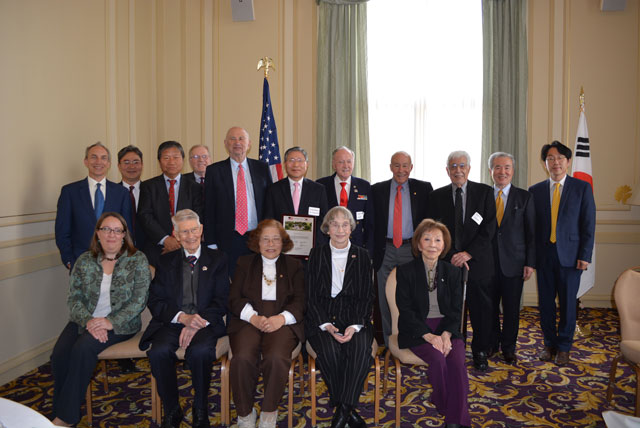 Consul General Han, you will be missed by all of us.

Consul General Han Dong-man will be missed by all of us who had the pleasure to know him during his tenure in San Francisco. We hope and trust that he will be able to rejoin us on the occasion of the Opening Ceremony for the Korean War Memorial on July 31.