KWMF has now launched its new Korean War Education Program in San Francisco. The program is designed to help young people understand the causes of that war, the sacrifices made, the outcome, and the lessons learned. The debut session took place on November 16, 2016 in front of a class of Junior Reserve Officers’ Training Corps (JROTC) students at Lowell High School. 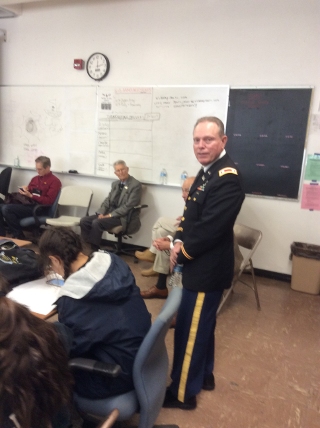 KWMF Director of Education Wallace T. “Wally” Stewart presented the lesson to the seventeen young women and three young men in the JROTC class. Wally had developed the lesson plan in cooperation with Douglas Bullard, Lieutenant Colonel, USA (Ret.), Director of JROTC for the San Francisco Unified School District (SFUSD). Doug was present and introduced Wally to the class.

Following his military service, Wally graduated from San Francisco State University and then received his Master’s degree from Stanford University. He began his teaching career in the San Francisco school system in 1964, first at Marina Junior High and then at McAteer High, where he taught math and coached junior varsity football. In 1980 he was transferred to Lowell High, where he taught until his retirement in 1994. So this day, in a very real sense, was a homecoming for Wally.

The students were enthusiastic and engaged throughout the class. This was particularly gratifying for Wally, who is a retired teacher as well as a Marine combat veteran of the Korean War. 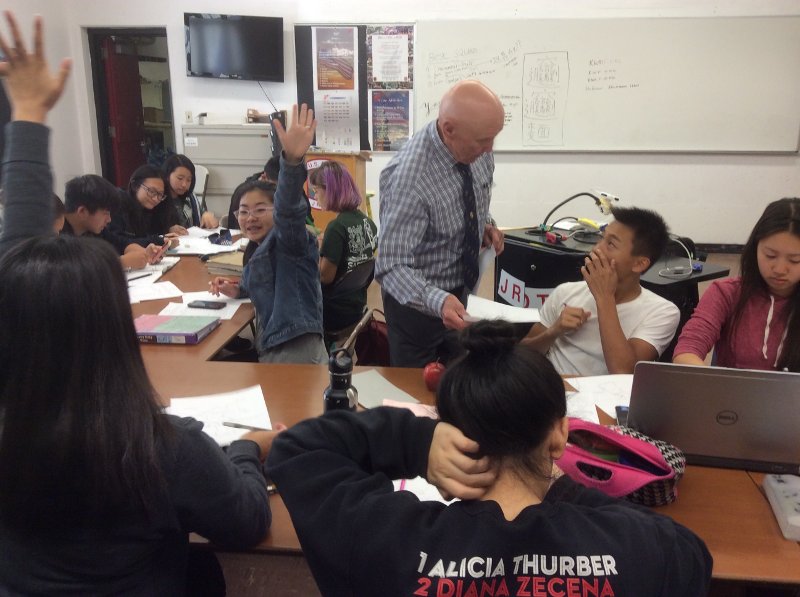 Wally hands out an assignment sheet to the enthusiastic students. 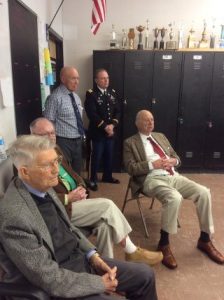 Judge Quentin L. Kopp (Ret.), KWMF’s President and Chair, sat in on the class, together with 2nd Vice President John R. Stevens and Treasurer Donald F. Reid, both Korean War veterans. A special highlight came at the end of the class, with a “living history” Q & A session in which the students had the opportunity to ask the veterans about their experiences in Korea. The veterans were reliving events that took place more than sixty years ago, at a time when they weren’t much older than these students are today. 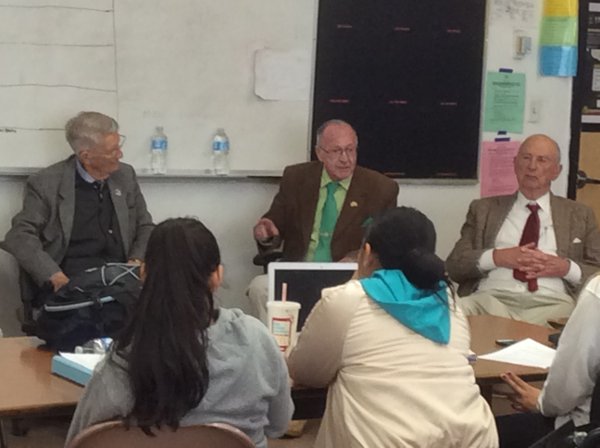 At the end of the class, Wally requested that the students provide him with written feedback. The comments he received indicated that the Q & A session had made a lasting impression on the students. “I really appreciated the personal stories,” one student wrote. “It must be hard for the veterans to share this part of their life with us. It definitely gives me a wider scope towards life and the fact that the events we learn about in school are actually real.” Another student commented, “I barely knew anything about the Korean War. Now I know about these important events – the U.S. involvement and the causes of the war.”

KWMF will continue to work with the SFUSD, and will also seek San Francisco Board of Education approval to continue the program at Lowell High, and to expand it to other schools in the District over the coming months. The goal is to ensure that this and future generations of our youth will know about, understand, and remember the “Forgotten War” and its role in our nation’s history. It’s a worthy goal, for as writer-philosopher George Santayana famously wrote, “Those who cannot remember the past are condemned to repeat it.”

Make a donation today to support the KWMF Education Program. 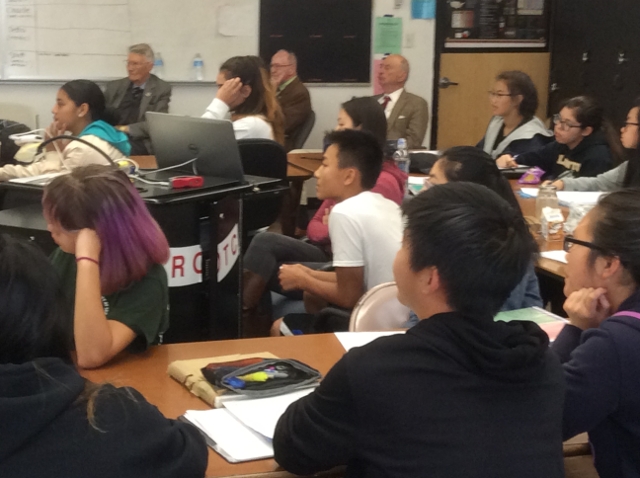 The Korean War Memorial Foundation is a 501(c)(3) non-profit organization, EIN #27-2773272. Your donation is tax deductible to the extent allowed by law. Thank you for your support.