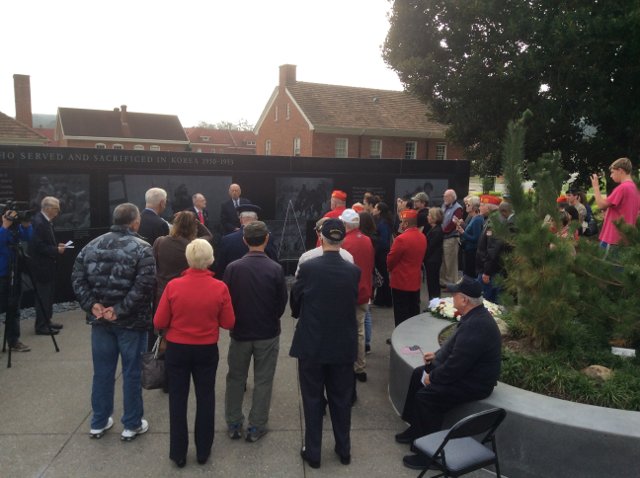 On November 11, KWMF’s officers gathered with a few friends and supporters at the Korean War Memorial for its first Veterans Day remembrance. It was an informal but meaningful ceremony. 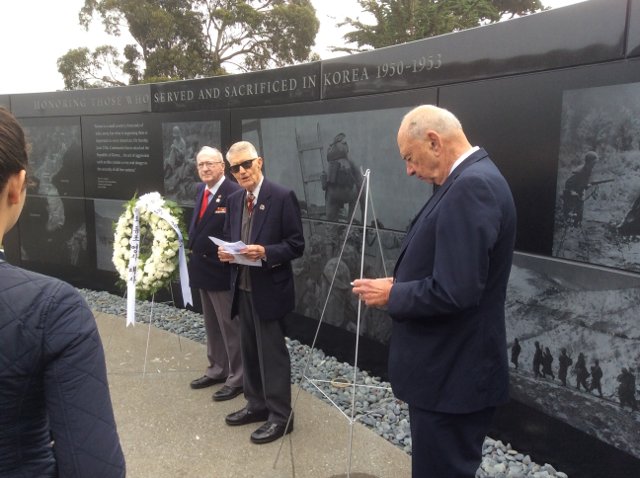 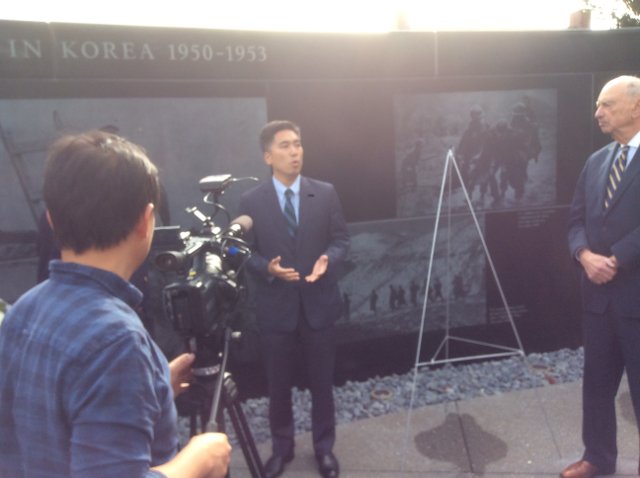 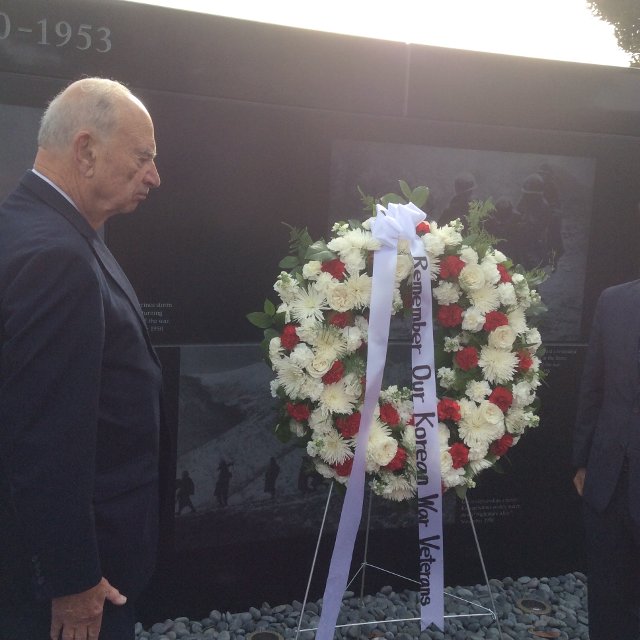 Despite the modest gathering, there was a strong media presence. 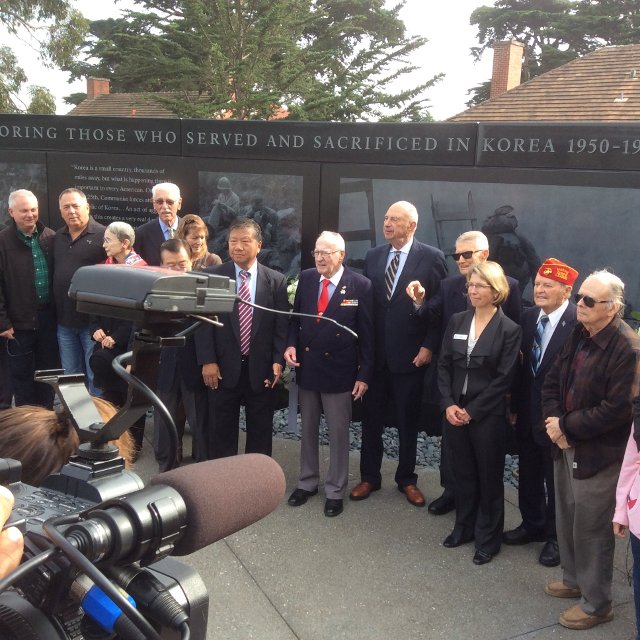 Gathering for a group photo. Third from right is Jean Fraser, Chief Executive Officer of the Presidio Trust, KWMF’s ally and partner in this Memorial project. 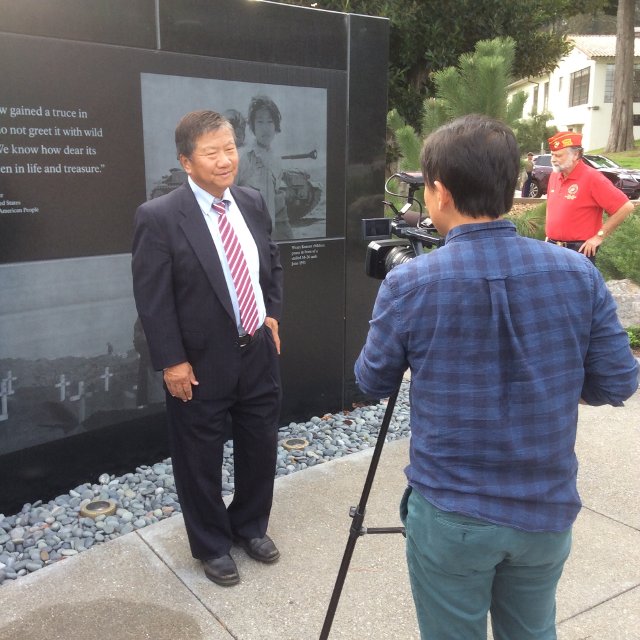 Unexpected but most welcome guests included a contingent from the UK’s 22nd Artillery Regiment, Royal Army. Their unit has been training on an exchange program here in California, and they wanted to pay their respects on Veterans Day. 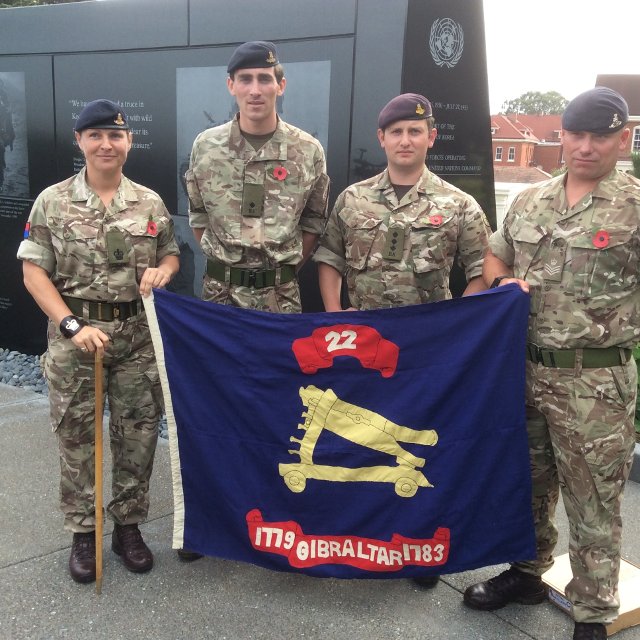 Note that these British troops all wear red poppies on their left breasts to commemorate the fallen, a tradition throughout the United Kingdom and the British Commonwealth on Armistice Day (now called Veterans Day in this country). This practice used to be quite common in the United States, too, often on Memorial Day; but it has now gone somewhat out of fashion. The practice began in 1915, following the Second Battle of Ypres in World War I, when the following poem by a Canadian medical officer gained widespread popularity:

In Flanders Fields
by John McCrae, May 1915

In Flanders fields the poppies blow
Between the crosses, row on row,
That mark our place; and in the sky
The larks, still bravely singing, fly
Scarce heard amid the guns below.
We are the Dead. Short days ago
We lived, felt dawn, saw sunset glow,

Loved and were loved, and now we lie
In Flanders fields.
Take up our quarrel with the foe:
To you from failing hands we throw
The torch; be yours to hold it high.
If ye break faith with us who die
We shall not sleep, though poppies grow
In Flanders fields.