On May 20, 2017, Armed Forces Day, in a ceremony co-sponsored by the San Francisco Veterans Memorial Committee and the Korean War Memorial Foundation (KWMF), sacred soil from the Korean War’s Inchon (now Incheon) battlefield was added to the Memorial. Over the years, soils from other battlefields, from World War I to Afghanistan and Iraq, have been interred in the Memorial Court, which is situated between the War Memorial Opera House and the War Memorial Veterans Building, on Van Ness Avenue across from City Hall. 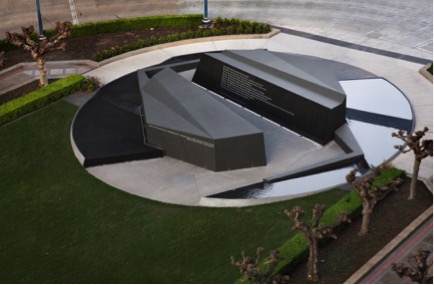 The long-awaited Veterans Memorial itself, titled Passage of Remembrance, was completed and dedicated in 2014, to honor and remember all those who sacrificed in America’s wars. At that time, the battlefield soils were all reinterred within the walls of the Passage of Remembrance. And now the Korean War soil has been interred there as well. 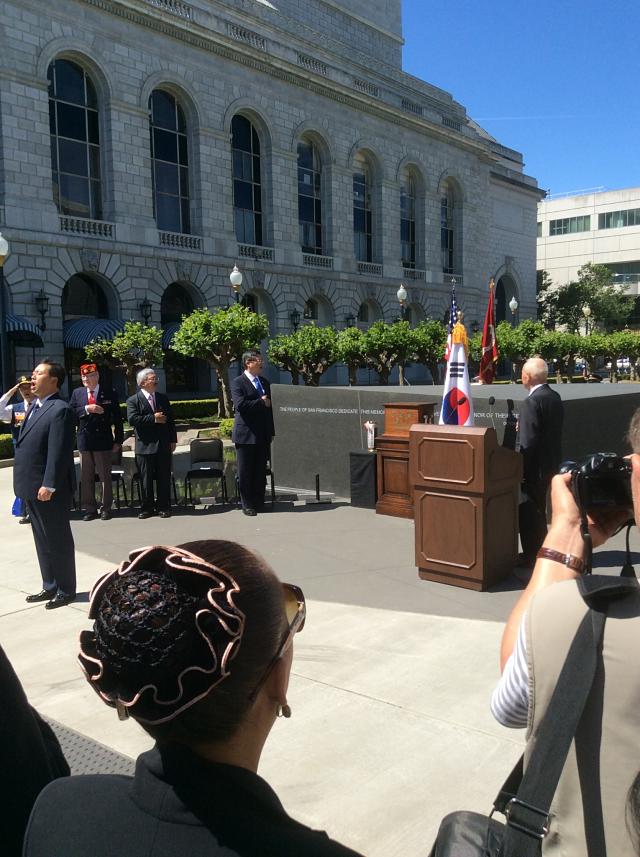 The program began with the singing of the National Anthems of the Republic of Korea and the United States of America, led by accomplished singer Woojeong Lee. 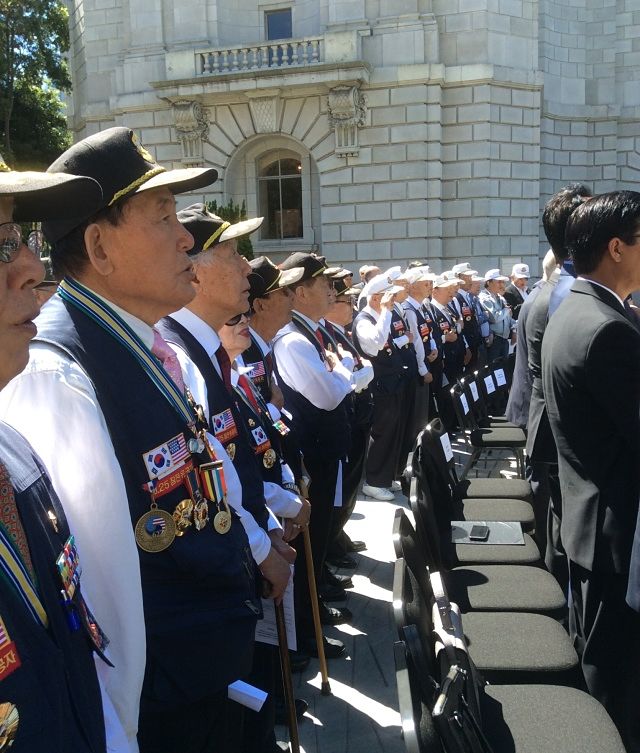 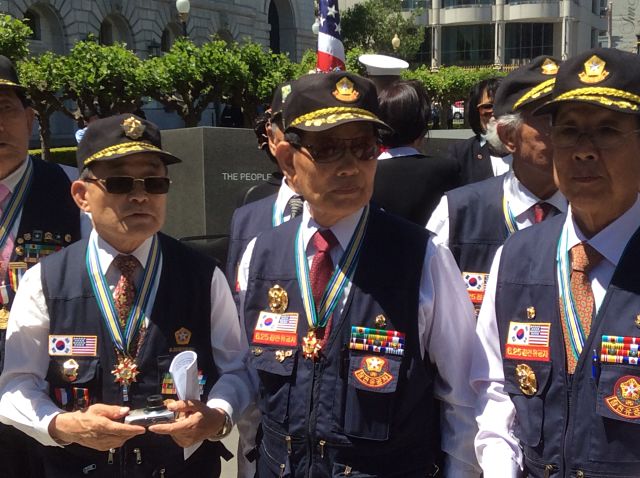 A large contingent of Korean veterans of the so-called “Forgotten War” participated in the ceremony. Given the current state of affairs on the Korean Peninsula, the war is by no means forgotten by these veterans. 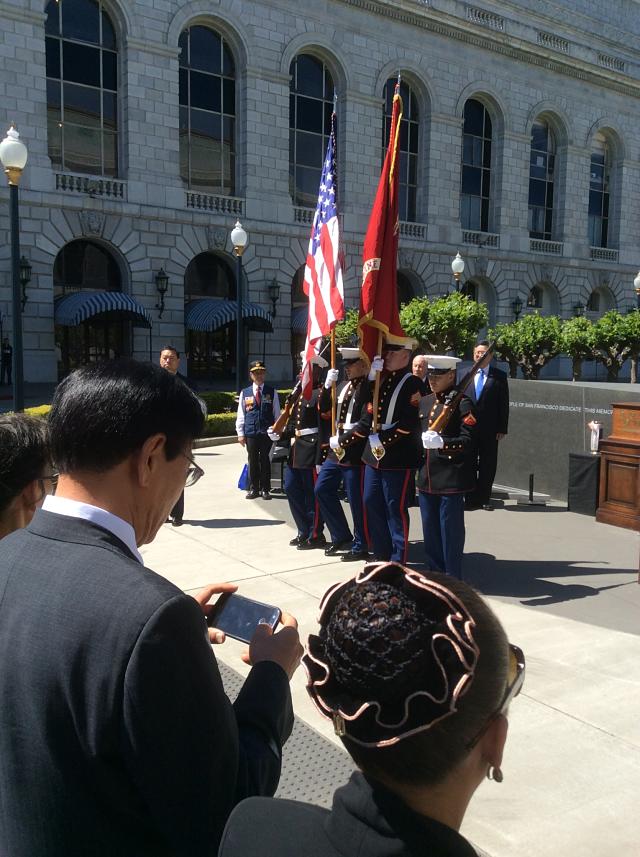 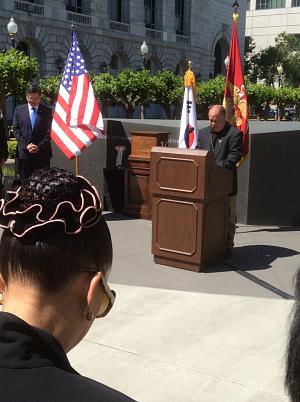 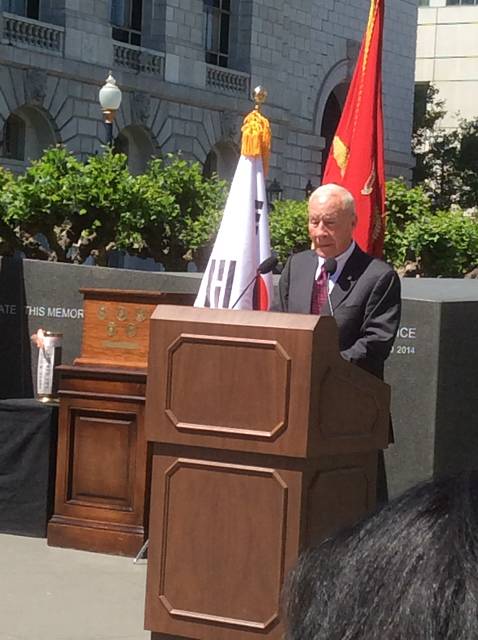 Major General J. Michael Myatt, USMC (Ret.), President of the War Memorial Board of Trustees and Co-Chair of the San Francisco Veterans Memorial Committee, served as Master of Ceremonies. He welcomed the audience and introduced the speakers and other dignitaries. 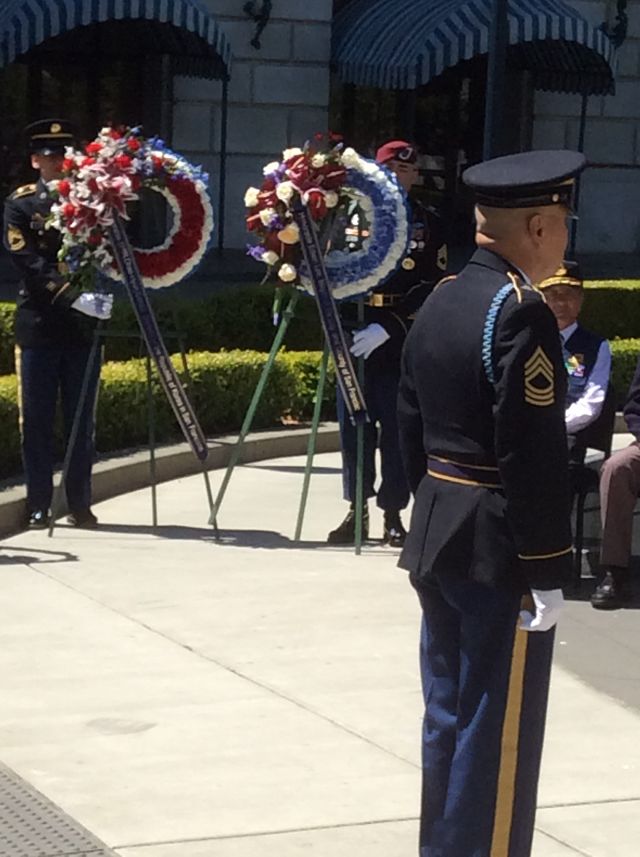 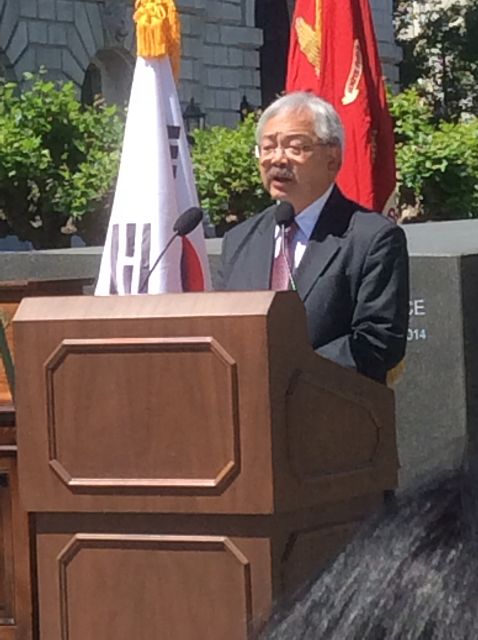 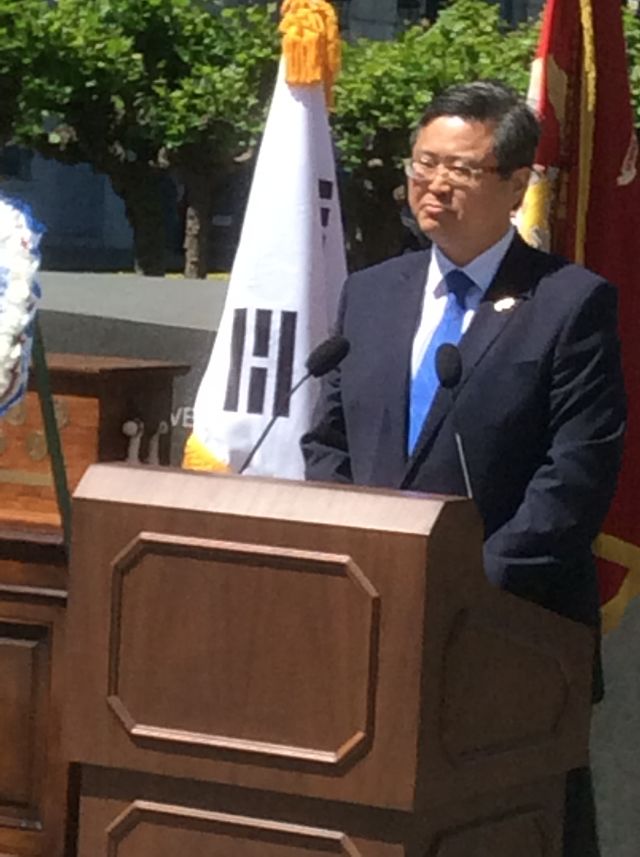 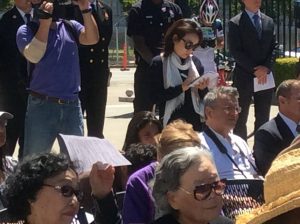 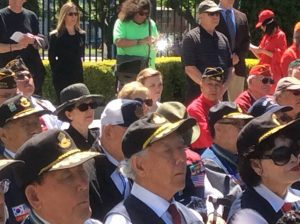 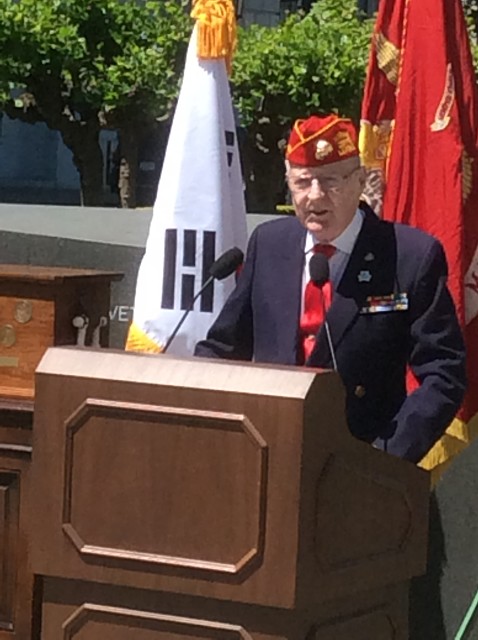 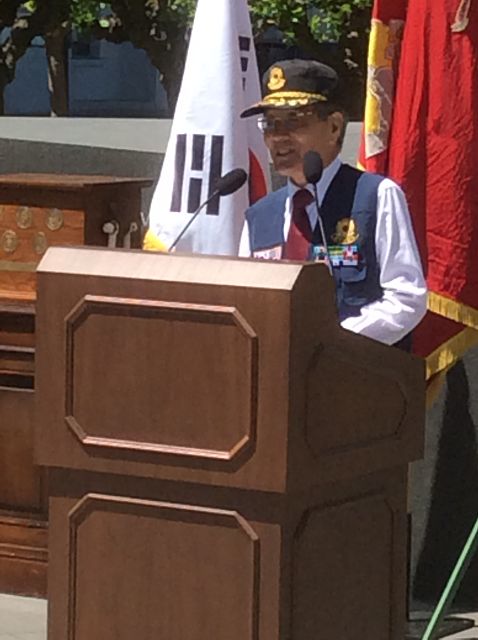 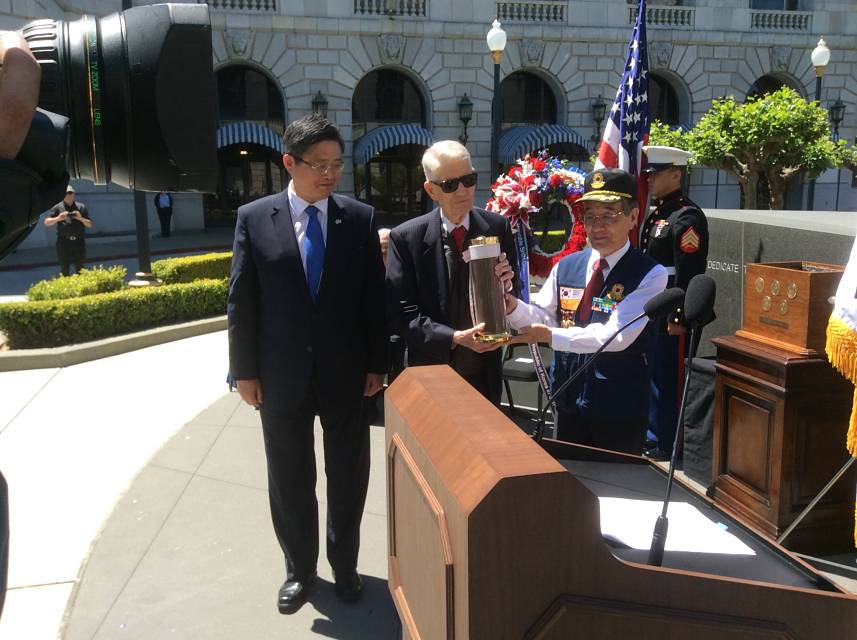 Lieutenant Colonel Stevens and Dr. Huh then interred the ceremonial soil within the memorial walls. Lieutenant Colonel Stevens himself participated in the Inchon Landing, the battlefield where the soil originated. So this was a particularly meaningful moment for John, taking the 96-year-old Marine back 67 years, to September 15, 1950, when the rifle company he commanded scaled the Inchon seawall into hostile fire. 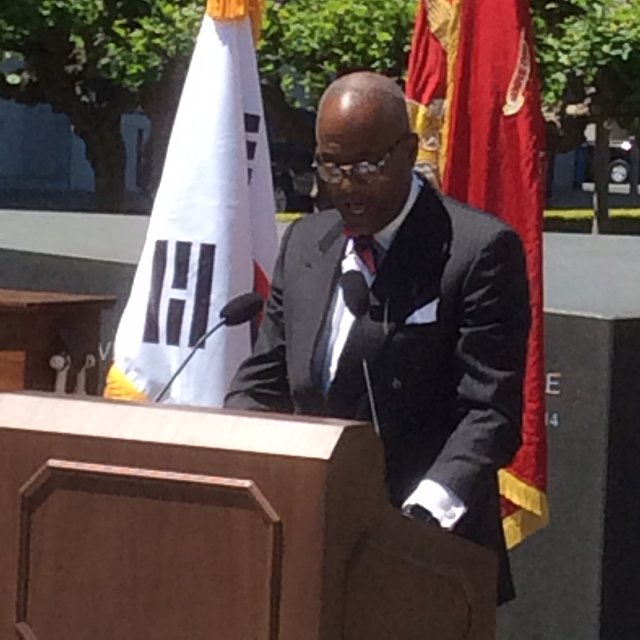 Next came a heartfelt reading of the Archibald MacLeish poem “The Young Dead Soldiers” by Noah Griffin, poet, writer, and founder of the Cole Porter Society.

The ceremony came to a close with the playing of Taps and the retiring of the colors. Major General Myatt thanked all the dignitaries and audience members for their participation.