American men and women stationed on the front lines of potential flash points around the world are in harm’s way. From recent deployments to Afghanistan and Eastern Europe (NATO), to America’s continued presence in South Korea, Germany, and Japan, well-trained and dedicated soldiers, sailors, airmen, and Marines are ready to fight. They are prepared for battles they hope will never happen.

But unfortunately, conflicts erupt and when they do, young Americans inevitably die. We can only hope their deaths are not in vain and that our leaders have a compelling reason for sending them into combat. As history teaches us, however, those reasons can take years to understand, and the long-term political, economic, and social consequences – good and bad – of our military actions are sometimes not fully realized until generations later. 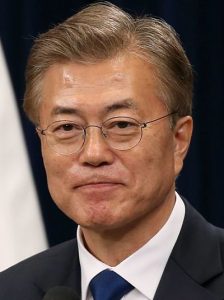 Case in point. On May 10, Moon Jae-in, a South Korean born in a refugee relocation center during the Korean War, became the 12th president of the Republic of Korea. His “refugee to president” story was covered around the world. But what many articles fail to mention is that Moon Jae-in’s parents were rescued by US servicemen in North Korea sixty-seven years ago. Without the sacrifices made by Americans at Chosin, and the subsequent Hungnam Evacuation, Korea’s current president would almost certainly have spent his entire life in North Korea.

In late November of 1950, American troops fighting in the northeast mountains of North Korea were surrounded by tens of thousands of Chinese soldiers at a remote reservoir called Chosin (or Changjin). In one of the most epic and terrifying battles in US history, US Marines and soldiers, vastly outnumbered by Mao’s forces, held off the Chinese and “attacked in another direction” seventy-eight miles to the coast. Their destination was the port city of Hungnam, where they would evacuate by ship to the South.

By December 1950, Moon Jae-in’s mother and father had already lived under communist rule, first Stalin and then Kim Il-sung, for five years. With US troops now evacuating from Hungnam, about 10 miles from their hometown of Hamhung, North Korea, Moon’s parents hoped the Americans might give them the opportunity to escape from the Chinese army. Thankfully for Moon Jae-in, who was born two years later in freedom, the US military did give them the opportunity. US Navy and Merchant Marine ships rescued nearly 100,000 North Korean civilians, and Moon’s family was sent 350 miles down the coast to Geoje Island, a refugee relocation center, where they lived until moving to Busan. 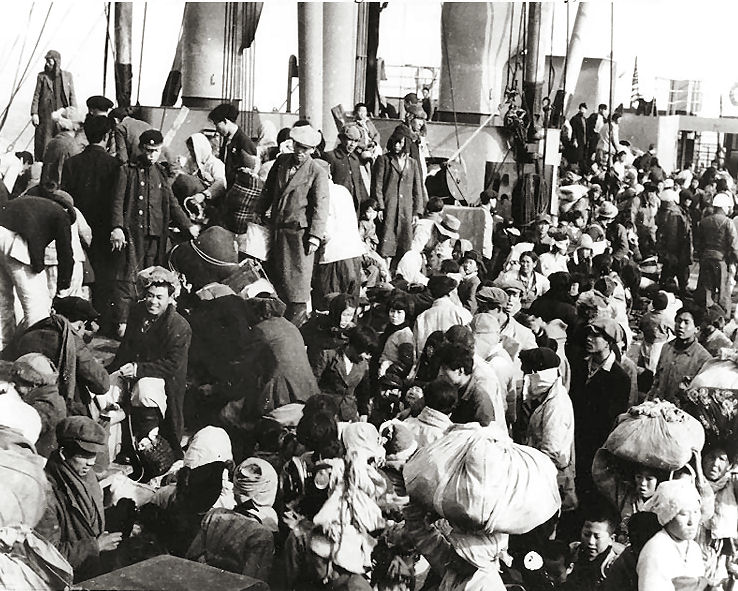 Refugees on the main deck of the SS Meredith Victory,
Hungnam Harbor, December, 1950

In the final two months of 1950, thousands of Americans were killed or listed as MIA, missing in action, fighting the Chinese army. The sacrifices made by these US Marines, soldiers, and sailors impacted thousands of lives. Today it is estimated there are one million descendants of Hungnam refugees living in freedom in South Korea, the US, and countries around the world. President Moon is one of them. Let us always remember the Americans who died not only for our freedom but also for the freedom of others around the world.

Writer Ned Forney with John Y. Lee, an honorary US Marine who, as a young ROK Army lieutenant in 1950 served as an interpreter/translator with the 1st Marine Division in the Chosin Reservoir campaign. Mr. Lee is also KWMF’s Special Agent in the ROK.

Ned Forney, a Marine veteran, lives in Seoul, South Korea, and is the grandson of the late Colonel Edward H. Forney, USMC, the evacuation control officer of the Hungnam Evacuation. He is currently writing a book about the Chosin Reservoir Campaign and Hungnam Evacuation and can be reached at: ned@nedforney.com