Korean War Hero from Sonoma Finally Gets to See the Memorial

Theodore H. “Ted” Chenoweth has been unable to visit the new Korean War Memorial since it first opened in August. The Korean War veteran no longer drives, and he has had some trouble getting around lately. So the long trek from his home in Sonoma wasn’t practical. The situation changed on October 6, however, when KWMF’s Gerard Parker paid him a surprise visit and drove him down for a “private tour.” 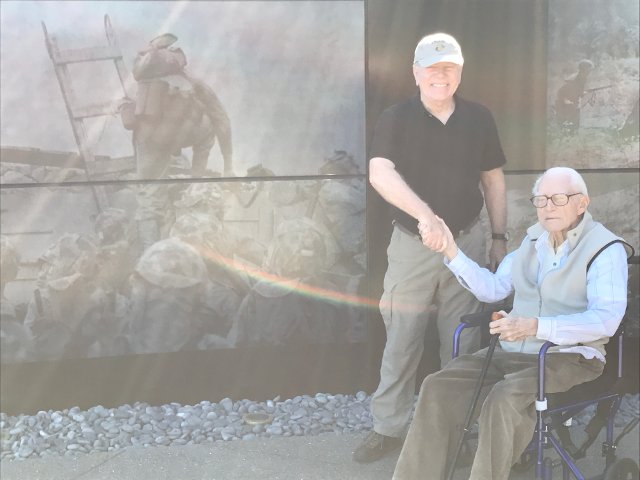 Ted reminisced to Parker about his service as a Marine infantry officer in Korea from December 1951 to March, 1953. Parker commented that that seemed like an unusually long tour of duty. Chenoweth quipped, “Well, they tried to ship us home earlier, but we had a little problem with the Chinese, who didn’t want us to leave just yet.” 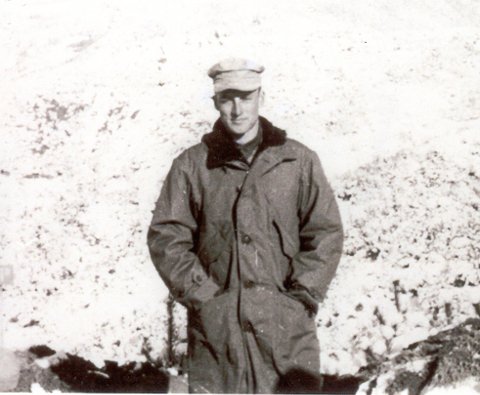 Lieutenant Chenoweth in Korea just before he was wounded, March, 1953

Ted fought against the Chinese in what became known as “The Outpost Wars” in the winter and spring of 1953. As a platoon leader in Fox Company, 2nd Battalion, 7th Marine Regiment, Ted’s combat actions on Outpost Vegas in March, 1953 earned him the Navy Cross for valor, second only to the Medal of Honor, and the Purple Heart for wounds received. In honor of men he served with, men he considers “the real heroes,” Ted commissioned several of the inscribed commemorative tiles that have been installed along the Memorial perimeter. And on this day, he got his opportunity to see them for the first time. 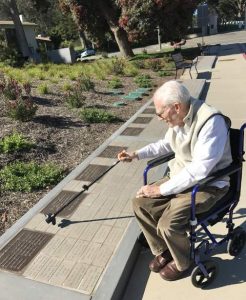 When he located the tiles, he stared quietly at them for quite a while. One sensed that he was no longer in the peaceful Presidio of San Francisco on a sunny autumn day, but on a frigid hill in Korea, sixty-three years ago.

Then, as the sun sank lower in the sky, it was time to go. And Ted bid farewell to his brothers in arms. 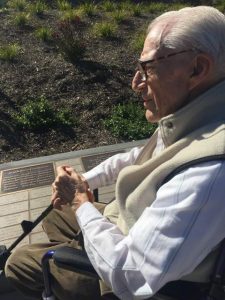 Reflecting on another time, another country

After his return from Korea, Ted remained in the Marine Corps Reserve, retiring as a lieutenant colonel in 1974. During that period, he also began a career at the University of California, Berkeley, his 1951 alma mater before joining the Marines. He started at UC Berkeley as Manager of Research, and retired in 1979 as Vice Chancellor for Business Affairs. Ted and his wife Lynda reside in Sonoma, California.