It’s a pivotal event of the 20th century. An experience so monumental that it has come to represent, even encapsulate, the ongoing struggle between the forces of oppression, tyranny, and authoritarianism and those who believe in freedom, justice, and democracy. The Chosin Campaign, correctly called “Changjin” in Korea, was a defining moment in history.

Photos above by David Douglas Duncan, Life Magazine
All other photos by Ned Forney

The conditions at Changjin were so bad that Oliver P. Smith, the commanding general of 1st Marine Division — the largest unit at the Reservoir and the one that did the most fighting — said it was “never intended for military operations.” Anyone who fought there would agree. But the Chinese were the real enemy. The disciplined, courageous, and seemingly tireless Chinese soldiers were everywhere. The 1st Marine Division, surrounded and vastly outnumbered, was in one of the most precarious and potentially disastrous predicaments of any unit in Marine Corps history, arguably in American history. 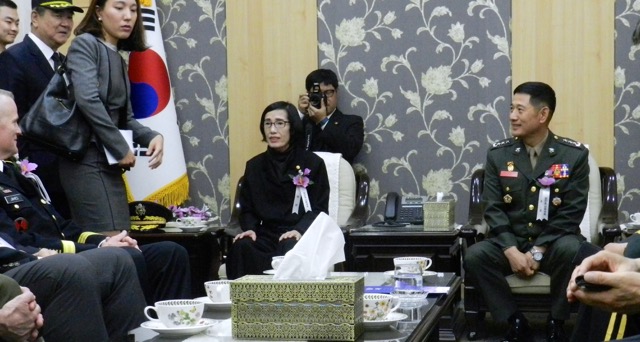 On October 25, I was privileged to participate in an event honoring the brave men who fought at Changjin. The ceremony, held at Seoul National Cemetery, was a moving tribute to the Marines, soldiers, airmen, and sailors who suffered, sacrificed, and died in the remote mountains of North Korea. Pi Woo-jin, the ROK’s Minister of Patriots and Veterans Affairs (comparable to the US Veterans Administration) attended the ceremony, and on behalf of ROK President Moon Jae-in, thanked the Changjin veterans for their sacrifices. President Moon has a personal connection to the campaign. His parents were North Korean refugees and were rescued during the Hungnam Evacuation. 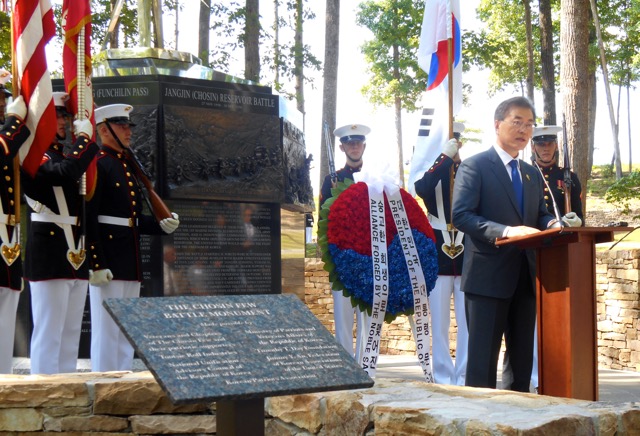 President Moon Jae-in, Republic of Korea, speaking at the Chosin (Changjin) Memorial
in Quantico, VA this past summer 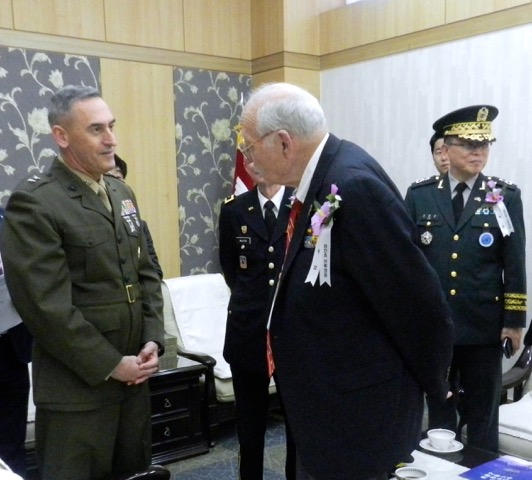 I also heard Major General James W. Lukeman, Commander of US Marine Corps Forces Korea, give a heartfelt and powerful address on the Changjin Battle’s significance to the Republic of Korea, the United States, and the US Marine Corps. Echoing the words of President Moon in his speech this summer at The National Museum of the Marine Corps, Gen. Lukeman reminded the nearly 10,000 attendees that without the sacrifices made at Changjin and Hungnam, the lives of 100,000 refugees — and South Korea’s freedom — would have almost certainly been lost.

Especially memorable for me was the recognition given to my grandfather, Colonel Edward H. Forney, USMC, the evacuation control officer at Hungnam. Col. Forney was recognized for the part he played in rescuing the refugees, and I was honored to represent our family at the event. 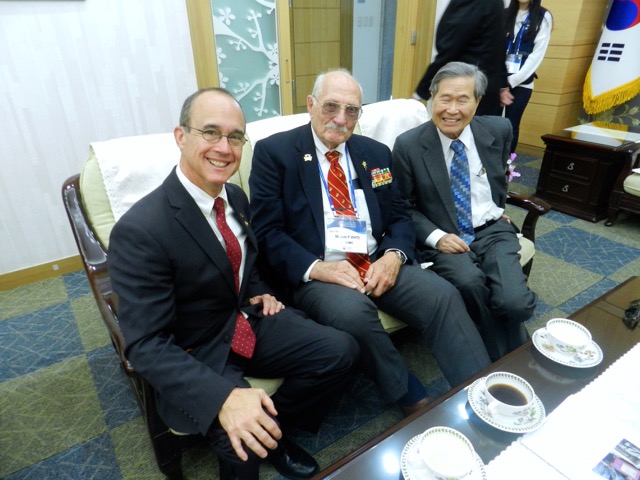 I’m thankful for the MPVA and the Korea Military Merit Awardees Association (KMMAA) for organizing the ceremony and for Mr. John Lee, a Changjin veteran and interpreter for 1st Marine Division, for inviting me. Looking back on the afternoon, I feel privileged to have been part of the special occasion. From Lee Gyeong-pil’s (“Kimchi 5”) emotional letter of appreciation to those who participated in the Changjin Battle and Hungnam Evacuation, to talking with Mr. Jean White, a US Marine Changjin veteran and president of the Chosin Few, the observance was an outstanding tribute to truly outstanding men.

Ned Forney is a Marine veteran and career educator. He currently lives in Seoul, South Korea, where he is writing a book on the Chosin Reservoir Campaign and Hungnam Evacuation. He can be reached at ned.forney1985@gmail.com or his website, nedforney.com.