Remembrance Concert In Honor of the Korean War Memorial

Saturday, October 18, 2014 was a very special evening for our Foundation. At St. Mark’s Lutheran Church in San Francisco, Ensemble Ari, a Bay Area group of classically-trained Korean musicians, presented a concert on behalf of KWMF. The musicians did not accept any payment for their work, and all the income from the concert was donated to KWMF. 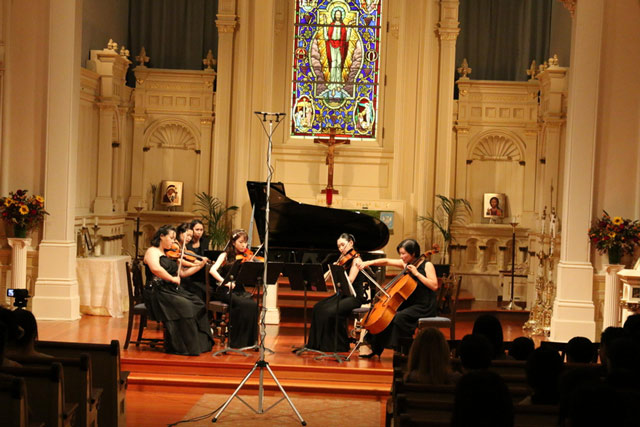 About 125 donors, supporters, friends, and Korean War veterans were in attendance. The first half of the program included, in addition to classical pieces by Korean and European composers, the debut of an original composition titled Remembrance, written for baritone, piano, and string quartet by composer and Ensemble Ari Founder Jean Ahn, Ph.D. The piece was dedicated to the Korean War Memorial, in remembrance and honor of all those who lost their lives in the Korean War. Here is a video of that accomplished performance:

Following a brief intermission, Korean War veteran and KWMF Treasurer Donald Reid welcomed the audience on behalf of KWMF, and thanked them as well as Ensemble Ari for their support. 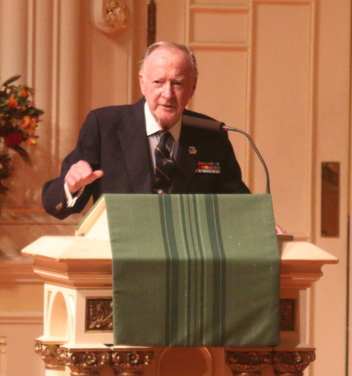 The second half of the program then commenced with a spirited performance of Dmitri Shostakovich’s Piano Quintet, Opus 57. When it ended, Ensemble Ari received a most enthusiastic response from the audience.

Ensemble Ari was founded in 2013 by Dr. Ahn. Born in the Republic of Korea, she earned her BA and MM degrees from Seoul National University and then came to the United States, where she earned her Doctorate from UC Berkeley. She has won numerous prizes and awards, and has been a lecturer at the University of the Pacific at Stockton since 2008. 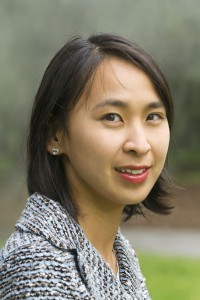 “Ari” is a Korean word with several meanings: big river, wisdom, and beauty. The mission of Ensemble Ari is to build a bridge between Korea and other world communities with western musical instruments, while honoring Korean history and culture. Remembrance was Ensemble Ari’s first public project.

Among Dr. Ahn’s colleagues is Sarah Hong, an accomplished cellist. Ms. Hong was born in Seoul, Republic of Korea. She has been playing cello since the age of six, and was selected as the most promising young cellist in Korea at sixteen. Ms. Hong earned her BM and MM degrees from the Juilliard School, and her artist certificate in chamber music at the San Francisco Conservatory of Music. She has won numerous competitions, and has performed in Lincoln Center’s Alice Tully Hall, Carnegie’s Weill Hall, and the Herbst Theater.

The other members of Ensemble Ari, all equally talented, include:

The concert was followed by a reception with light refreshments at the Church. KWMF Vice President Man J. Kim, owner of Lori’s Diner International (lorisdiner.com), provided all the food and drink free of charge. And all print materials, including posters, flyers, and tickets, were printed free of charge by KWMF donor Dr. Kim Tae Yun, CEO and Founder of Lighthouse Worldwide Solutions in Fremont, CA (www.golighthouse.com). Ensemble Ari and KWMF both thank Man J. Kim and Dr. Kim Tae Yun for their generosity. And KWMF thanks all the talented musicians of Ensemble Ari for their heartfelt performances and their support of our Memorial.