Republic of Korea’s New Minister of Patriots and Veterans Affairs

On May 17, Republic of Korea President Moon Jae-in appointed Pi Woo-jin, 61, a lieutenant colonel in the Army reserves, as Minister of Patriots and Veterans Affairs. This is remarkable for a number of reasons. It’s unprecedented for a female field officer in the reserves with progressive tendencies to be appointed to lead the Ministry, which has typically been directed by conservative male generals in the reserves. Pi is the first female Minister of Patriots and Veterans Affairs since the Ministry was established in 1961. 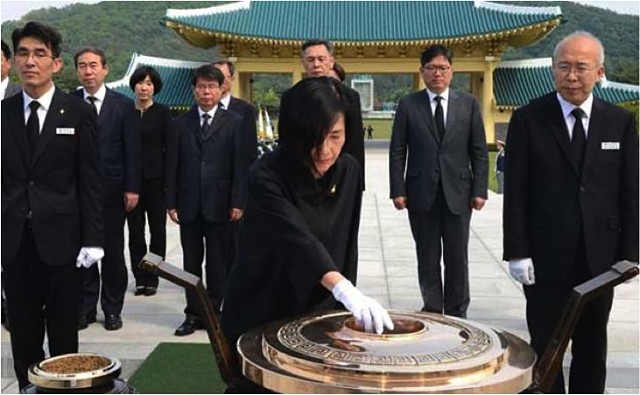 Newly appointed Minister of Patriots and Veterans Affairs Pi Woo-jin burns incense at the Daejeon National Cemetery on May 18, one day after her official appointment was announced at the Cheong Wa Dae (Blue House) in Seoul.

Born in Chungju, North Chungcheong Province, Pi graduated from Cheongju University with a degree in physical education and was commissioned as a second lieutenant in the Army in 1979. After commanding a company in the Special Forces, Pi served as the Army’s first female helicopter pilot. “In a career that is even challenging for male soldiers, Pi shattered the glass ceiling through her own strength and blazed the trail for women,” a statement from the Blue House (the Presidential Residence) read.

Astute observers of the Korean political scene and of the sentiment of the public in South Korea opined that newly elected President Moon would appoint a woman as Minister of Patriots and Veterans Affairs, to replace Minister Park Sung Choon, who left his post in the same week that President Moon took office. Such observers also agreed that she would have to be a woman of outstanding credentials, whose personality and record of achievement would strike vibrant chords with eager South Koreans who were watching expectantly for President Moon to form his promised new progressive-thinking cabinet. Few should have been disappointed by his selection of Minister Pi. In fact, her appointment as Korea’s first woman minister in that post was cheered throughout Korea by women, by the larger general population, and by virtually all Koreans of younger years. 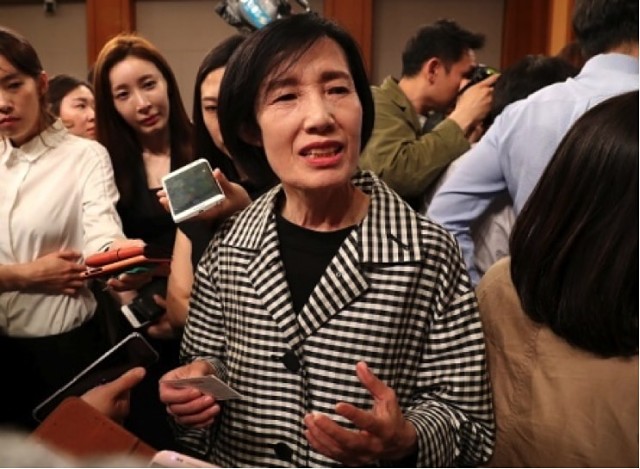 On the day she was appointed, Minister Pi said, “Taking care of our veterans is the past and future of security. These days, I understand that veterans’ families feel somewhat neglected and are really worried that they’re being forgotten. In the future, I will implement veteran policies that are focused on veterans’ families.” KWMF wishes Minister Pi Woo-jin well in her new position.