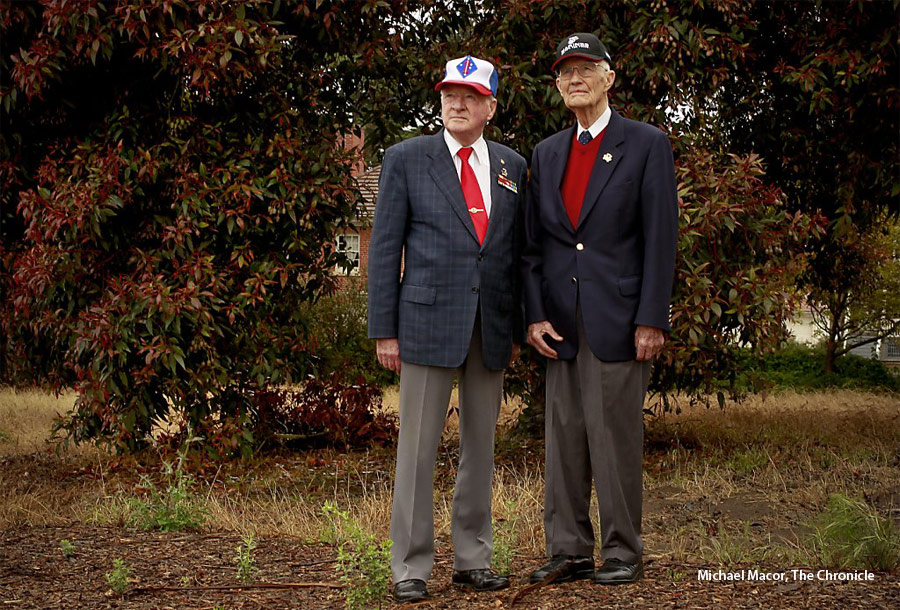 A group of veterans will break ground next month for a memorial in the Presidio of San Francisco to remember a forgotten war.

It was 63 years ago Tuesday that the North Korean People’s Army crossed the 38th parallel into South Korea and began a war that lasted three years, one month and two days.

More than 1.7 million American men and women were in uniform during the war. A total of 33,639 American lives were lost in combat, and there were thousands more Korean and Chinese dead.

“Now, at last, it is time to commemorate and honor those courageous Korean War veterans for their selfless sacrifice in defense of South Korea’s freedom, to ensure that the so-called’forgotten war’ is never forgotten,” the backers of the proposed memorial say.

“It will be not only a memorial, but an educational tool,” said John Stevens, a retired Marine lieutenant colonel who is secretary of the Korean War Memorial Foundation.

It was perhaps the most unusual war in American history – a multinational force under U.S. command that fought under the auspices of the United Nations. It was the first war that the United States did not win. It was also the first and only war between the United States and China. It
included great victories and the longest retreat in American military history.

The Korean War was hugely unpopular in the United States – at one point polls showed that twothirds of the American people thought the war was a mistake. It ended in a stalemate, with a Communist regime still in power in North Korea and South Korea in ruins.

But while North Korea remains isolated, impoverished and belligerent, South Korea has turned into an economic giant – and a democracy. 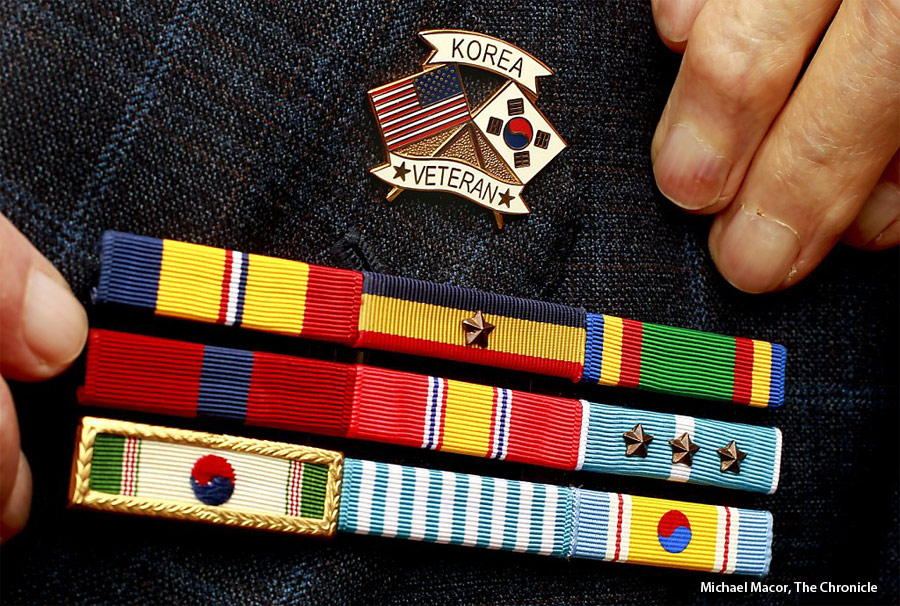 “South Korea is flourishing,” said Donald Reid, who served in the war as a corporal in the Marines and is the treasurer of the Memorial Foundation.

Reid and his associates, who include former Peninsula Rep. Pete McCloskey, another Korean combat veteran, have raised more than $300,000 to build the $3.3 million monument. McCloskey, who retired from the Marine Corps as a colonel, is president of the foundation.

The foundation has the support of the Korean consulate general in San Francisco, which is planning to ask the Korean government for a $1 million matching grant for the memorial.

If all goes well, ground will be broken for the memorial on July 27 at a spot overlooking the bay just outside the gate of the Presidio National Cemetery. The site was selected by the Presidio Trust staff and is expected to be approved by the trust’s full board of directors early next month.

The monument will include bronze bas-relief showing troops climbing over the sea wall at Inchon harbor in the fall of 1950, one of the turning points of the war. Stevens was at Inchon with the Fifth Marine regiment. He was a captain. 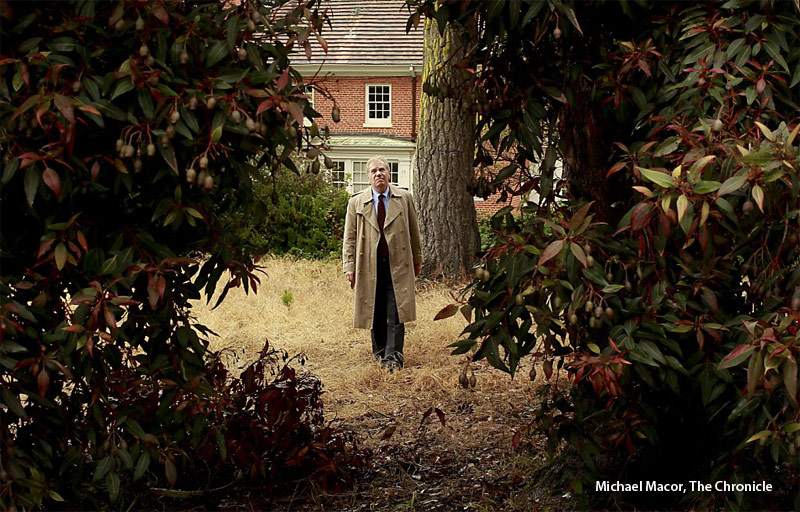 Gerald Parker, executive director of the Korean War Memorial Foundation, walks through the site of the proposed memorial.

“I remember that eight of my men were killed and 28 wounded in the first 30 minutes after we landed there,” he said.

The landing at Inchon was a brilliant move by Gen. Douglas MacArthur, a World War II hero who was the supreme commander in the Far East during the Korean War. MacArthur then authorized a push into North Korea, to the Yalu River frontier of China in a move to end the war by Christmas 1950.

But MacArthur and his generals did not anticipate intervention by the Chinese, who exploited a huge gap between U.N. forces and routed American and South Korean troops that winter. The Chinese pushed the U.N. forces back from the Yalu, back into the south, in one of the worst setbacks in U.S. military history.

U.S. Marines were surrounded at Chosin Reservoir in North Korea and had to fight their way out.
“Retreat, hell!” said Marine Gen. O.P. Smith, “We’re not retreating. We’re just advancing in another direction.” Turning a defeat into a victory, the veterans say, represented the best of the Korean War spirit.

To Reid, the old corporal, it was “a glorious moment in history and one that should not be forgotten.”

“Everybody remembers World War II, when the country was united to fight against a common foe. But in Korea, we stood up to stop a Communist invasion at a time when it appeared that communism was going to take over the world,” said Gerald Parker, who served as a captain in the
war and is executive director of the memorial foundation.

“We are proud to have served,” said Reid.