A Memorable Meeting of Past and Present 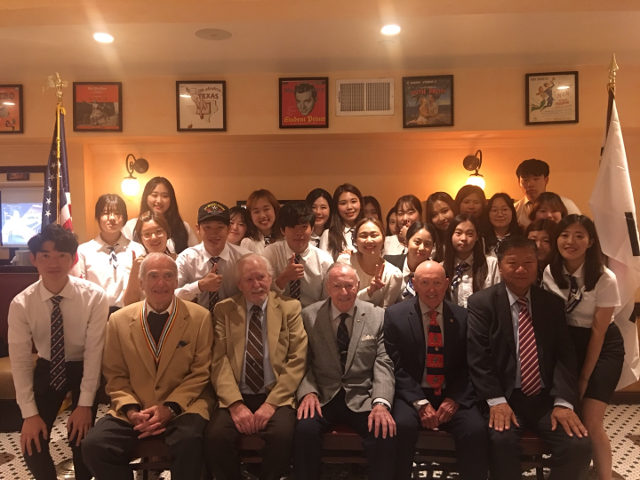 On Tuesday, August 8, 2017, a memorable meeting took place in San Francisco. Five aging Korean War veterans had the opportunity to share a meal with twenty-three young Korean exchange students in an emotional communion of past and present. The nineteen girls and four boys from Kyungbuk College were here under the aegis of the Berkeley Global Institute (BGI), a Bay Area organization that brings Korean student groups here to experience American culture.

As BGI President Unee Kim explained, “We feel that the young people in Korea aren’t as aware as they should be of the sacrifices made by young Americans on their behalf during the Korean War. We want to offer these students a very special opportunity to meet and bond with some of the Americans who fought for them more than sixty years ago, so that the students and veterans alike might better appreciate our shared history and values.” 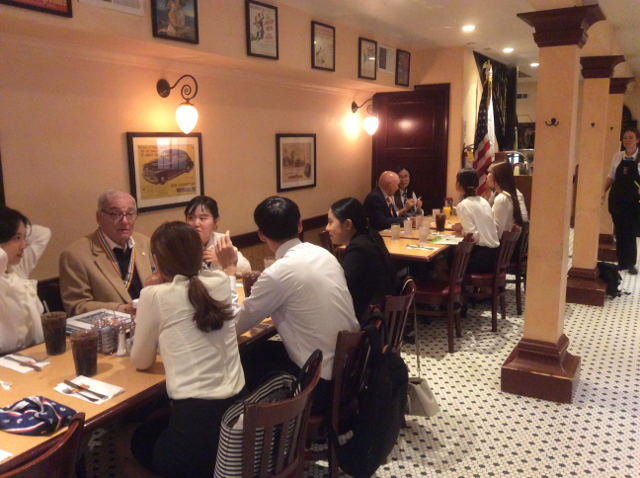 This was BGI’s second student-veteran luncheon. The first took place in February, 2016, and it was so popular with all the participants that BGI decided to organize another one. The venue for both was Sears Fine Food restaurant, owned by KWMF Vice President and prominent Bay Area restaurateur Man J. Kim, who generously sponsored and hosted the luncheons. 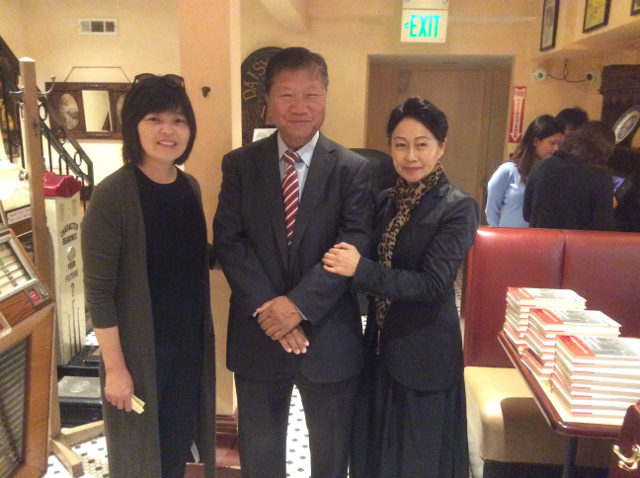 After an initial period of generational and cultural awkwardness, awareness of a common humanity came to life. The veterans shared memories and memorabilia with the students. The students treated the vets like pop stars. And strangers with six decades of age and nearly six thousand miles of ocean between them soon became friends. It was remarkable. 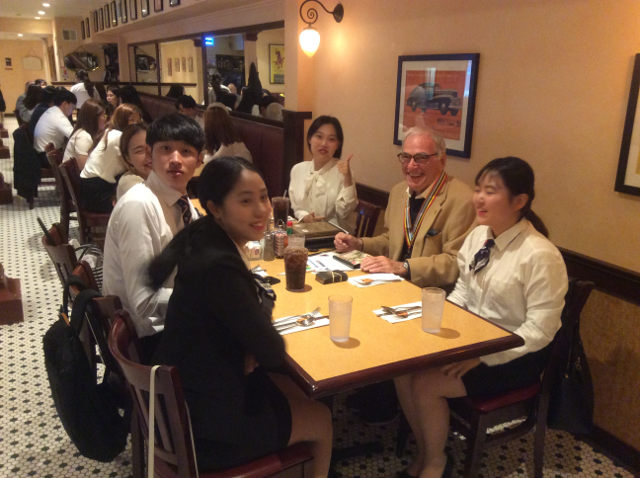 Richard Friedman with his new friends 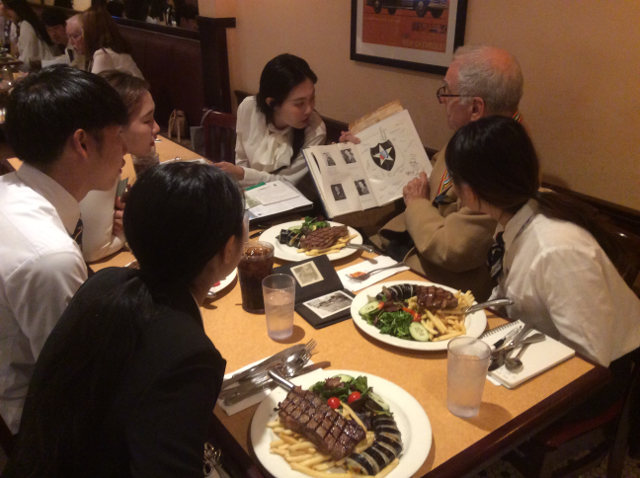 Friedman shares memorabilia with the students 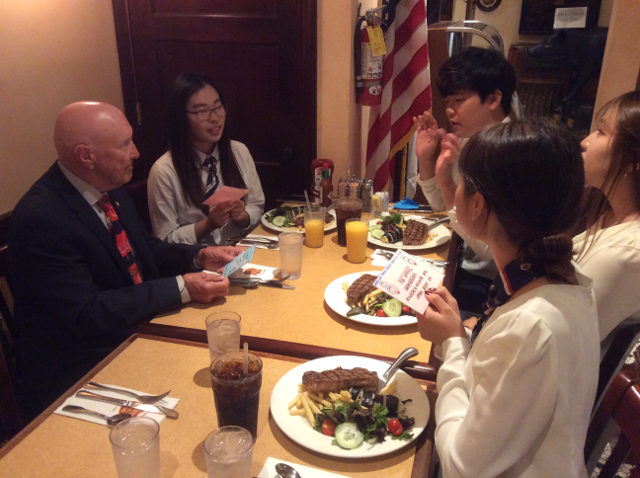 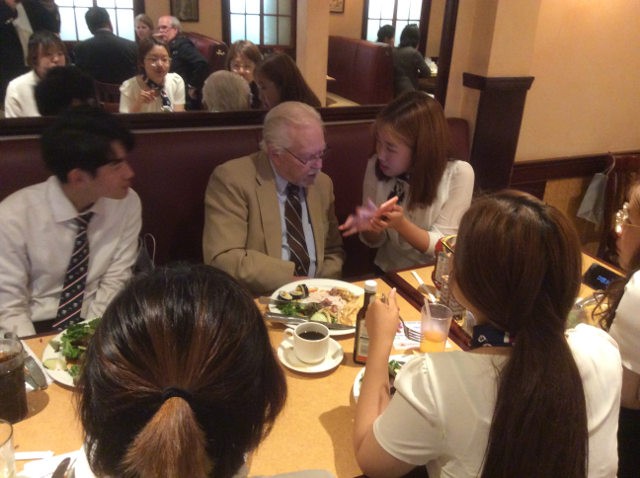 A student shares a smartphone image with veteran Joseph Riley

A highlight of the luncheon came when veterans Jimmy Cheong and Donald Reid sang an impromptu duet version of “Arirang,” the beloved Korean folk song. The students seemed very surprised and pleased that Reid knew the Korean lyrics so well. Then the students, not to be outdone, stood up and sang “Arirang” for the veterans. 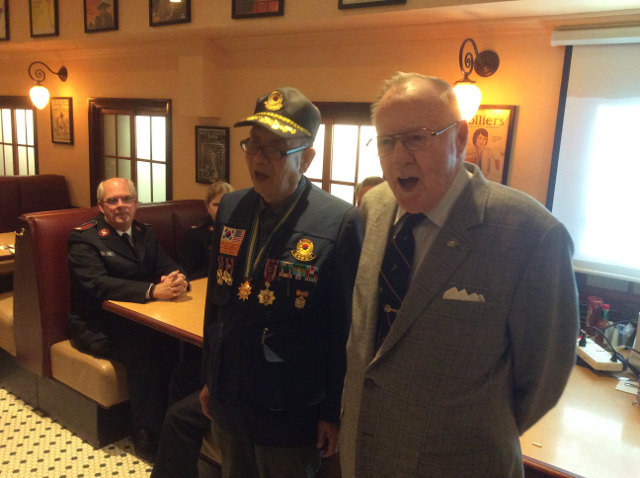 Jimmy Cheong and Donald Reid sing “Arirang.”
In the background: Tim Foley and Cindy Foley of the Salvation Army, friends and guests of Man J. Kim 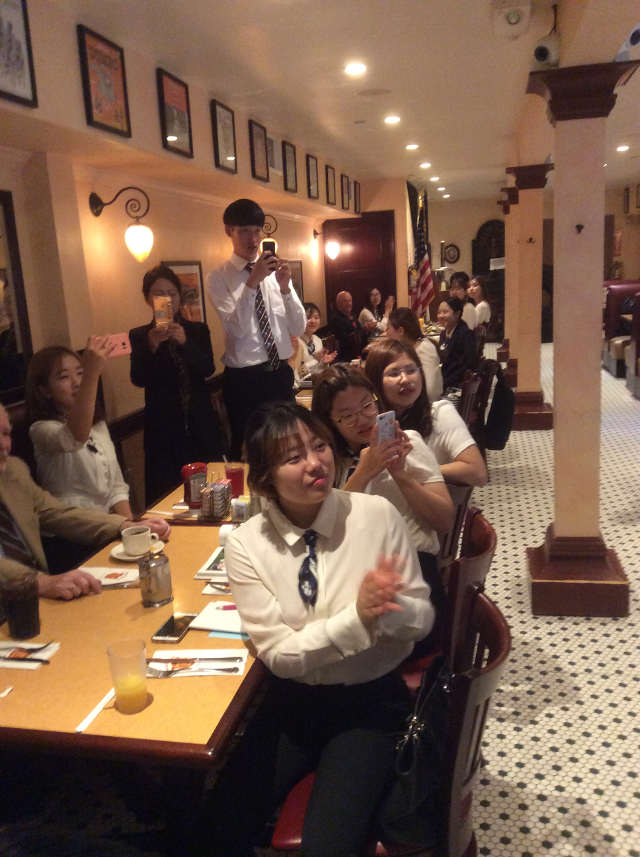 The students listen to the veterans’ “Arirang” duet 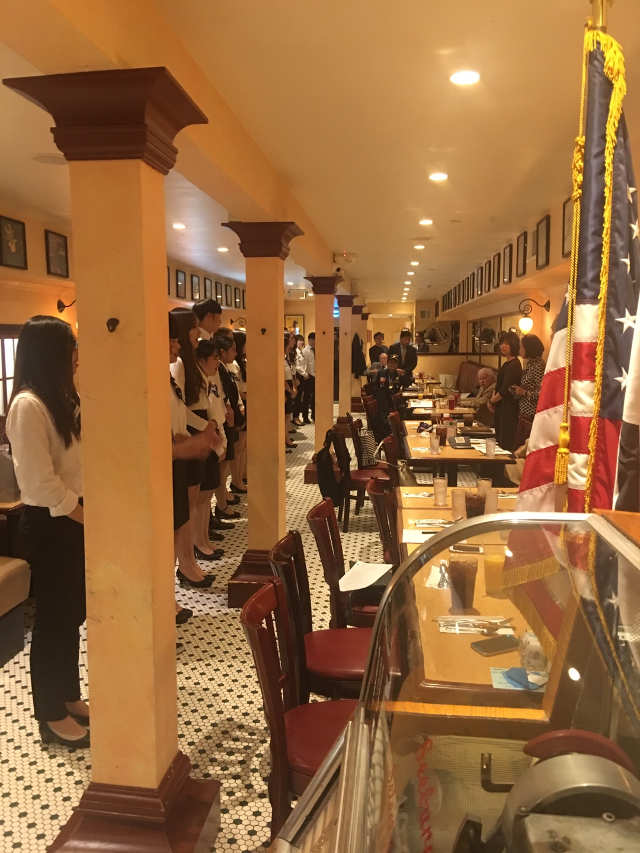 The students sing “Arirang” for the veterans.

Next, host Man J. Kim presented each of the students with a Korean-language version of “From the Hudson to the Yalu,” a memoir by Colonel Harry J. Maihafer, USA (Ret.) of his experiences from West Point to Korea during the war. Mr. Kim himself had arranged for the translation of the book into Korean and the subsequent publication of that edition. 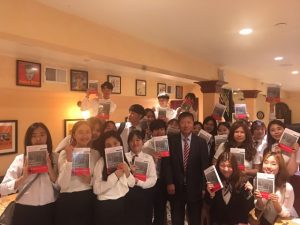 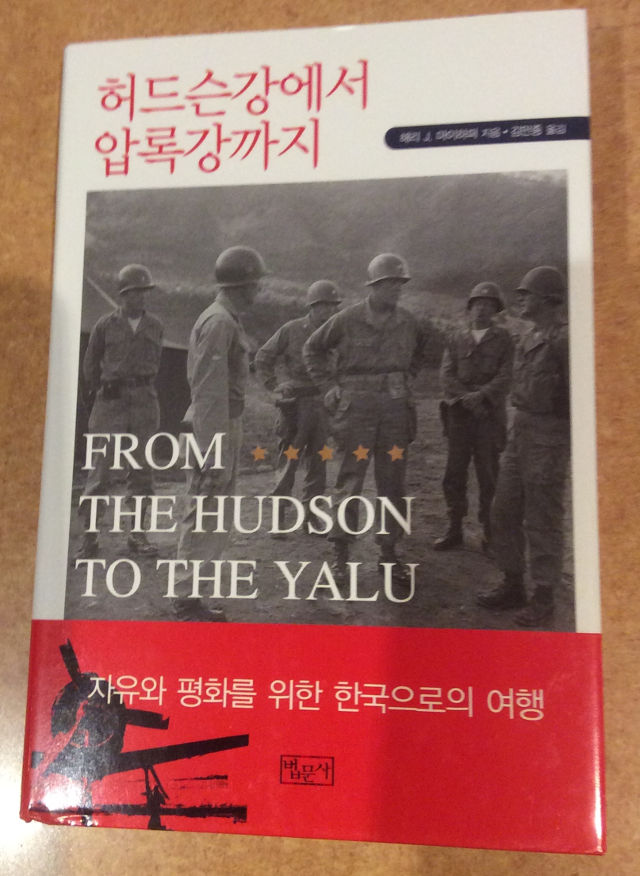 As the memorable event began to wrap up, the veterans and students exchanged email addresses and promised to keep these new relationships alive. The young Koreans will not forget the Korean War and the Americans who fought for their freedom. And the old veterans are now assured that they are remembered and appreciated in the far away land where they sacrificed so much so long ago. 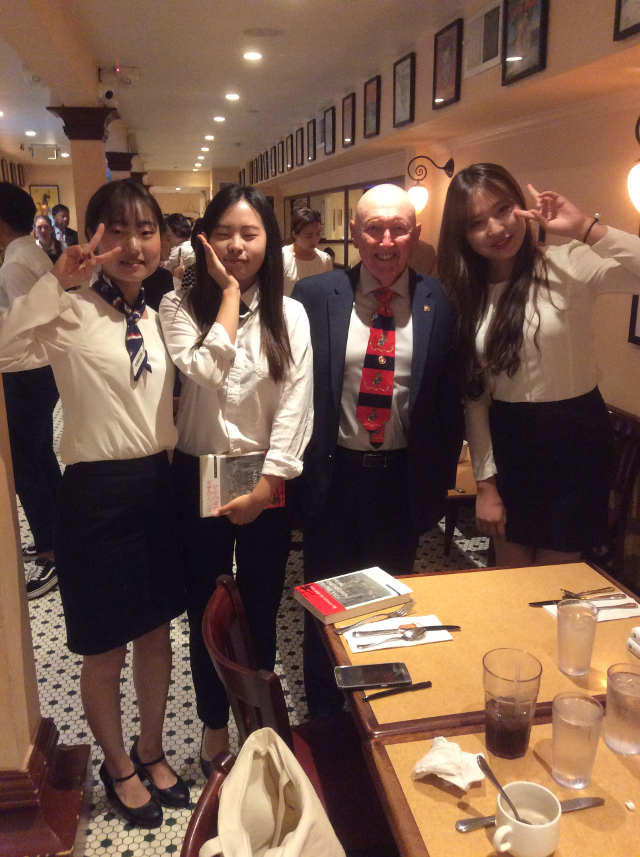 Wallace Stewart with some of his new friends 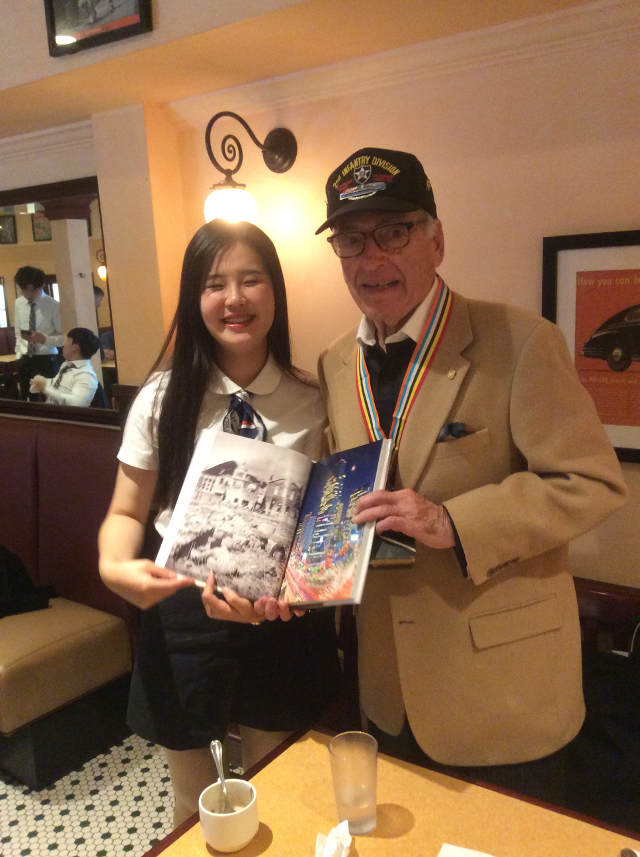 Richard Friedman and a student display photos of a devastated Seoul in 1950
and the prosperous, reborn Seoul of today 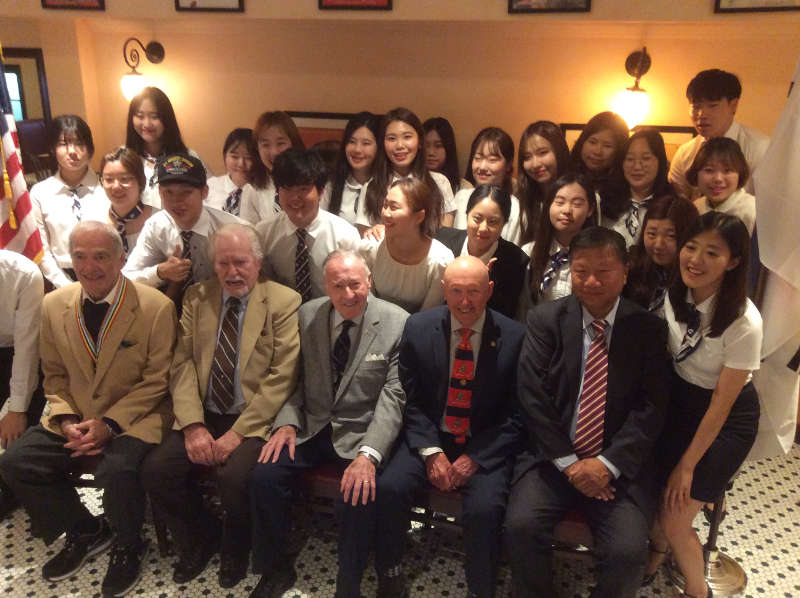