“They fought for you – fight for them” 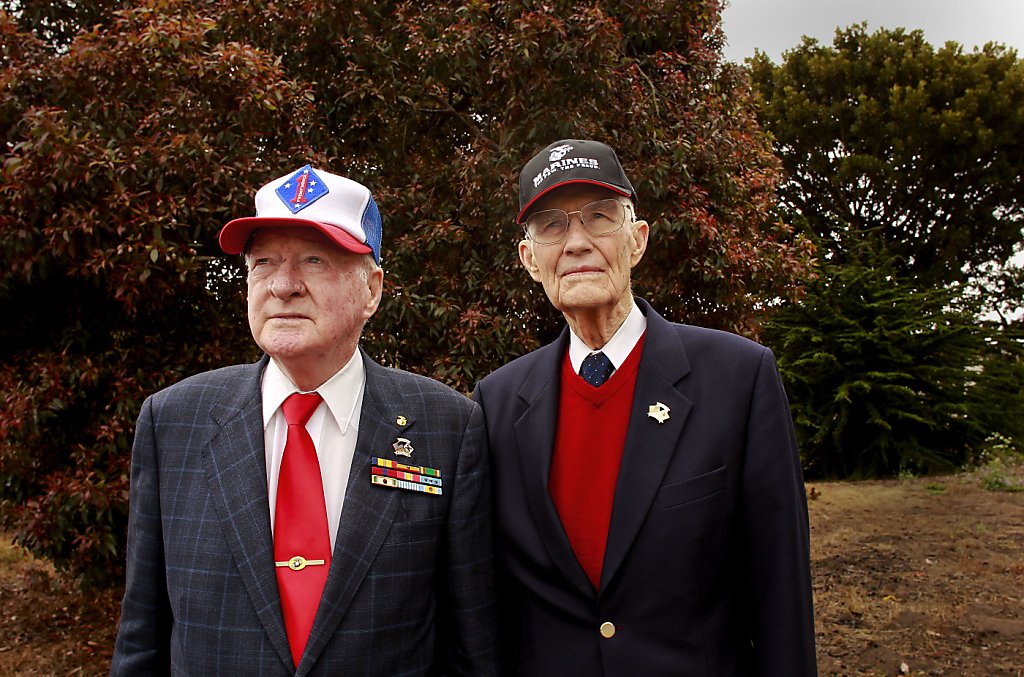 Veterans Donald Reid and John R. Stevens at the site of the proposed memorial.

“They fought for you – fight for them.”

Veterans of the Korean War gathered in the Presidio on Saturday to remember their fallen brothers and to mark what they did together about 60 years ago. The fog shrouded the Golden Gate as John Stevens, a retired Marine lieutenant colonel and war hero, unveiled a planned memorial for the site – a picture of his men landing at Inchon that will be sculpted into the monument.

But I couldn’t believe what I was seeing and hearing. Stevens noted that fundraising was difficult and asked those who had given to stand up and be recognized. U.S. vets in their red hats and Koreans in their blue berets rose in unison – they had answered one more call to duty.

Really, I thought, are you kidding me? These guys are the only ones who have dug deep into their pockets to help make this happen? They are the last people anyone should be taking a dime from – they did more than their share long ago. These men laid a new foundation for both America and Korea, and we are reaping the benefits of their bravery.

So why are American and Korean corporations MIA in this mission? The list of those who have profited from the rise of Korea is long and the names familiar: Chevron, Samsung, Boeing, Hyundai, Intel, POSCO, Cisco, SK Telecom, Wells Fargo, LG, KIA, GM … and so many more.

The veterans are in their twilight, but it wasn’t so long ago that some barely old enough to shave landed at a beach in Inchon. Why, some 60 years later, should they have to fight one more battle? Haven’t they given enough?