An Old Friend Visits the Memorial 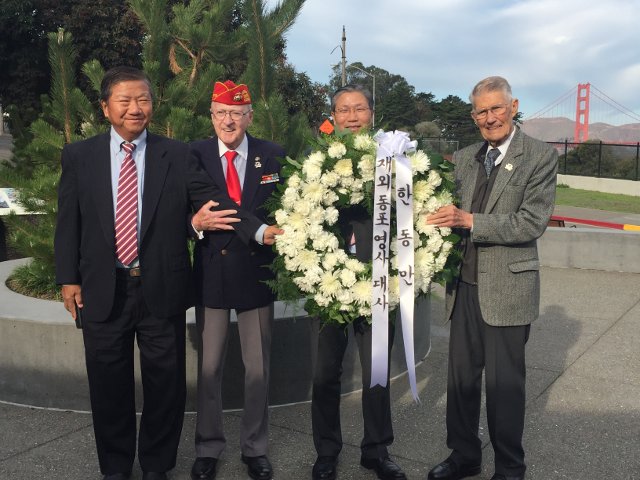 On November 10, Han Dong-man, Seoul-based Deputy Minister for Overseas Koreans and Consular Affairs, was in San Francisco on government business briefly, for less than twenty-four hours. Yet he managed to find the time to visit the Korean War Memorial, reconnect with his close KWMF friends, and present a ceremonial wreath in honor of those who served. 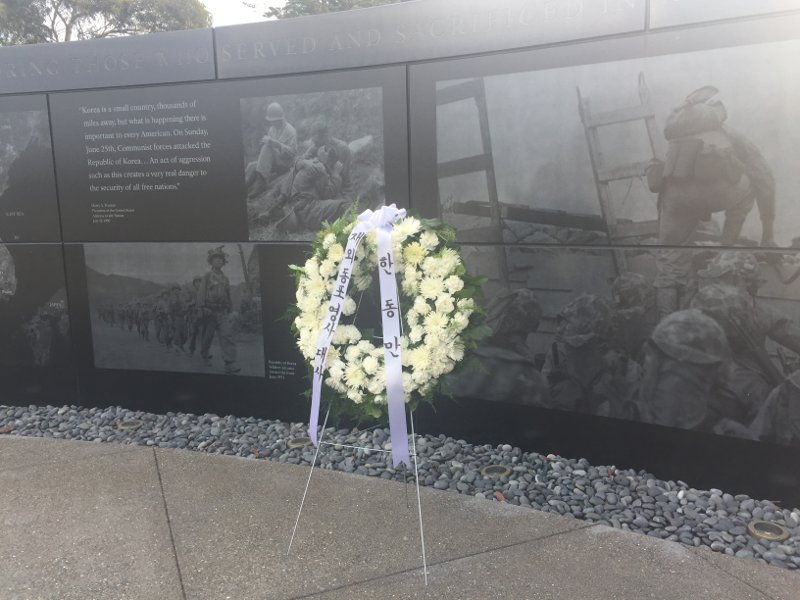 This was a most fitting reunion, given the fact that the Deputy Minister had played a pivotal role in getting this Memorial funded and built. For over three years, he served as Consul General in San Francisco. And throughout his tenure, he was a tireless and dedicated supporter of KWMF’s fundraising efforts, with both the Korean Government and the Bay Area’s Korean community. Without Consul General Han’s tenacity and hard work, KWMF might still be raising funds, and the Memorial might still be just a dream rather than a reality.

In recognition of Deputy Minister Han’s efforts on behalf of the Memorial, KWMF’s Board of Directors had commissioned a special commemorative plaque to honor him. And on this day, the Deputy Minister got to see the plaque for the first time. 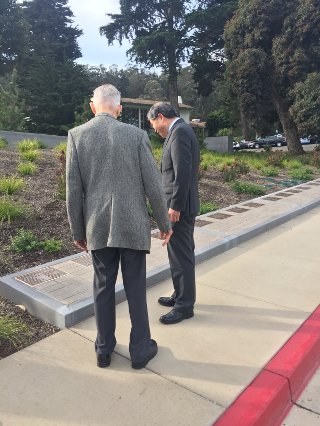 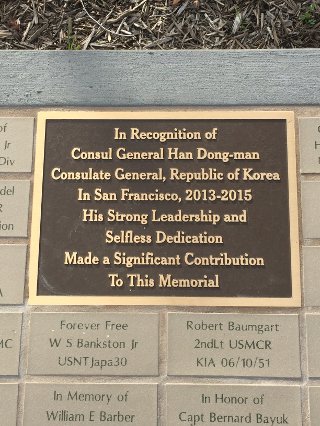 Deputy Minister Han, we will never forget you. 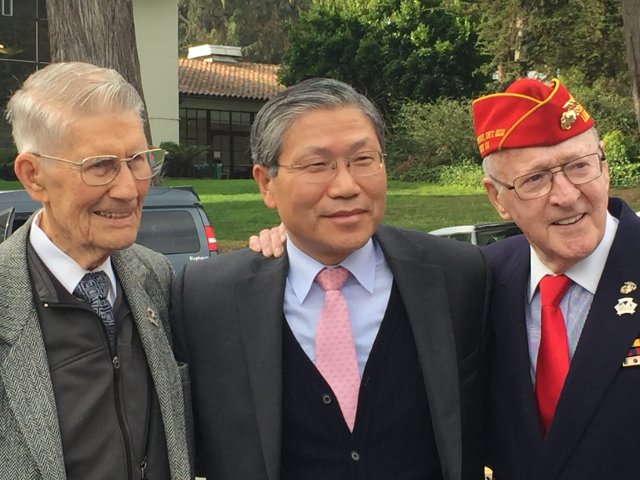