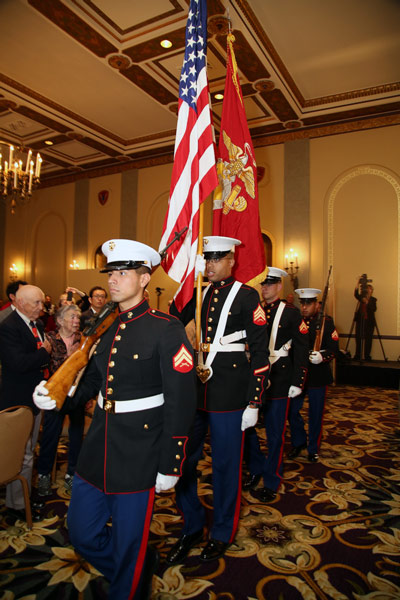 An informal cocktail reception was followed by the ceremonial “Present Colors” by the Color Guard, 23rd Marine Regiment, and the playing of the National Anthems of the United States of America and the Republic of Korea. 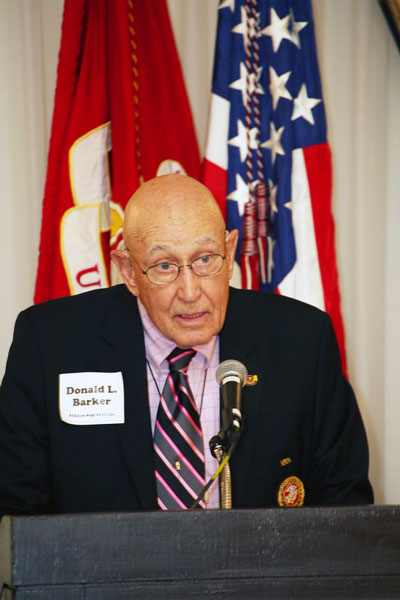 Korean War veteran Dr. Donald Barker then provided the Invocation, and the luncheon began. Next came the special guest speaker, Korean War veteran William D. “Denny” Weisgerber, Gunnery Sergeant, USMC (Ret.). Denny was the recipient of the Navy Cross for gallantry and the Purple Heart for wounds received in a sector of the Eighth Army Front known as The Hook. 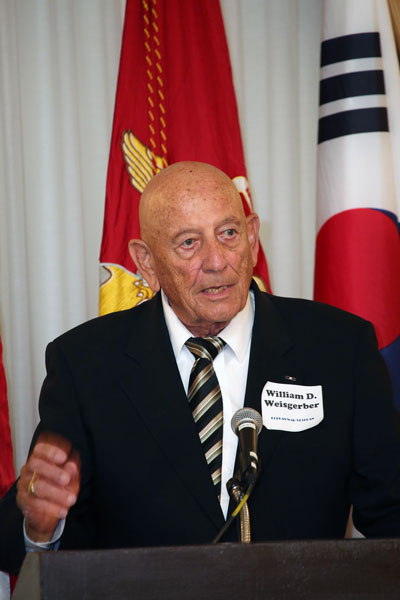 In remarkable detail and with deep emotion, Denny recounted the intense combat he endured on the night of October 1, 1952, when at Outpost Seattle out in front of The Hook, he was severely wounded and subsequently lost his leg. Denny finished by noting that during this final eleven-month period of the Korean War, in the campaign that became known as the Outpost Wars, 1,689 Marines lost their lives in combat – nearly 40% of all Marine KIAs in the entire war.

Consul General Han Dong-man of the Republic of Korea then thanked all Korean War veterans for their service to preserve South Korea’s freedom, and presented Dr. Don Barker with the Korean Government’s Ambassador for Peace Medal. Many of the other veterans would be receiving this medal at a later date. 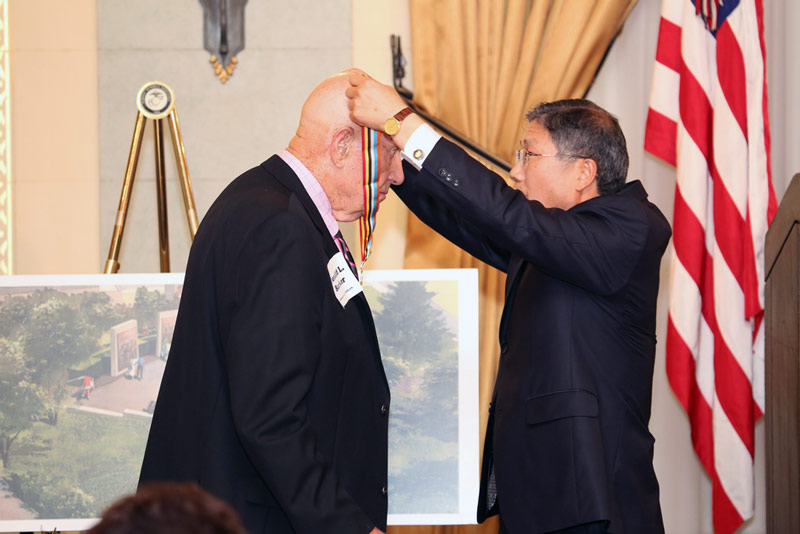 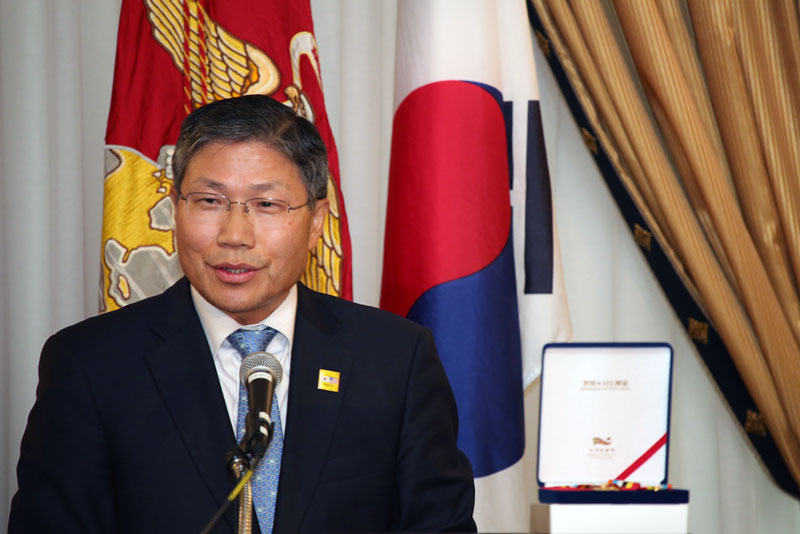 Consul General Han Dong-man of the Republic of Korea 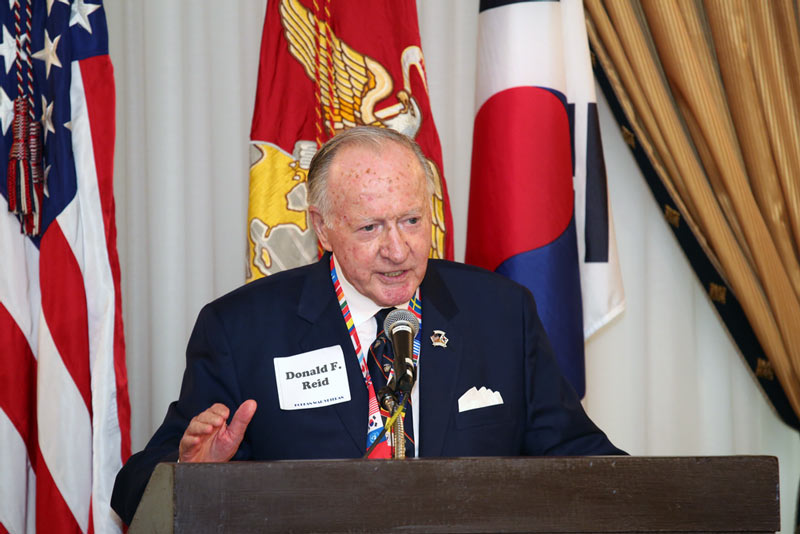 After coffee and dessert, the Colors were retired, Dr. Barker delivered a Benediction, and the guests slowly and reluctantly said their farewells and headed for home. 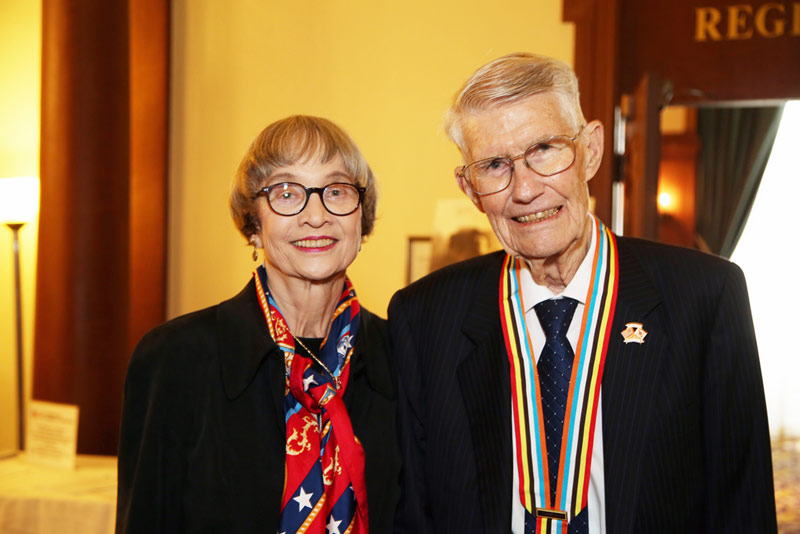 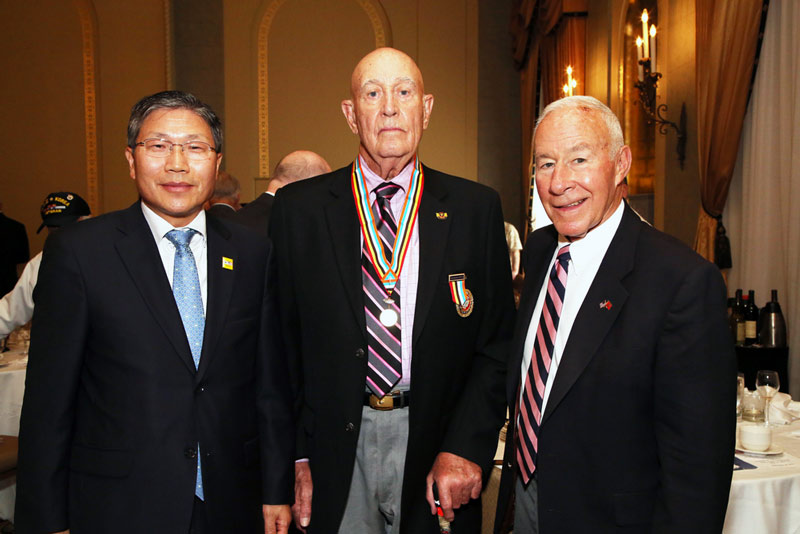