On May 11, 2015, a delegation of Government officials from the Republic of Korea visited the future site of the Korean War Memorial and met with KWMF’s officers. The delegation, made up of members of the Korea-U.S. Inter-Parliamentary Council, was led by Council President the Honorable Lee Byung Suk. The Council is the Korean component of an ongoing series of reciprocal visits between leading members of the Republic of Korea’s National Assembly and the U.S. House of Representatives. 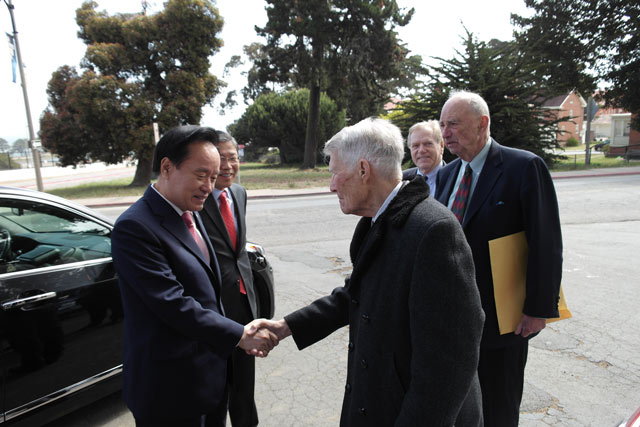 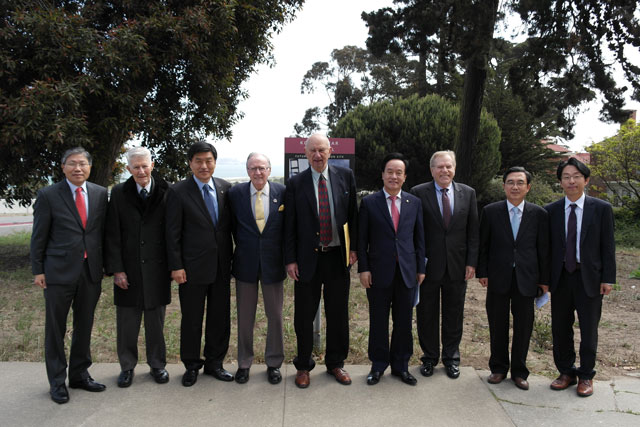 The Korean officials were impressed by the location and its dramatic views of the Golden Gate Bridge and the Pacific, and pleased with KWMF’s fundraising and planning progress to date. They are all looking forward to the successful completion of the Memorial.