Photos by Daniel Kim, Special to the S.F. Examiner

On September 29, in the Grand Ballroom of the Palace Hotel in San Francisco, the Consulate General of the Republic of Korea, in coordination with the California Department of Veterans Affairs, hosted the annual National Day of Korea luncheon. This year’s gathering was dedicated in honor of Korean War veterans. 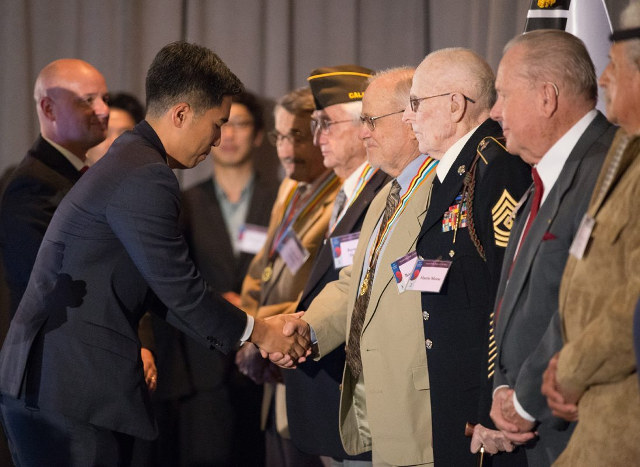 About 500 guests attended the luncheon, including scores of Korean War veterans and their families. Speakers and other dignitaries in attendance included Jimin Kim, Acting Consul General of the Republic of Korea in San Francisco; Vito Imbasciani, MD, Secretary, and Russell Atterbury, Undersecretary, California Department of Veterans Affairs; Wallace Levin, Member of the San Francisco War Memorial Board of Trustees and of the KWMF Board of Directors; Donald Reid, KWMF Treasurer and his wife Helen Reid. Mrs. Reid was appointed First Chairperson of the Seoul-San Francisco Sister City Committee by Senator Dianne Feinstein, a position in which Mrs. Reid served faithfully for more than fifteen years. 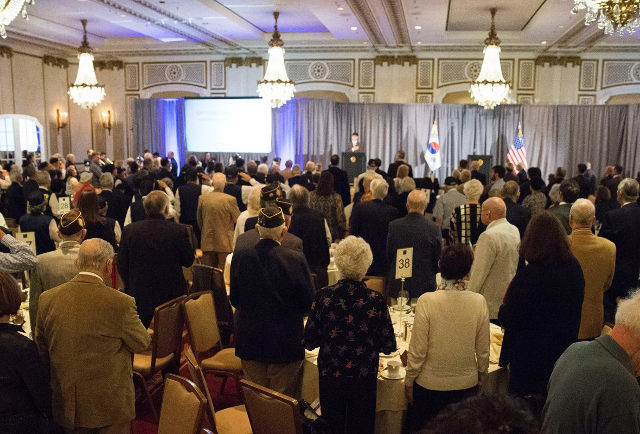 The guests recite the Pledge of Allegiance. 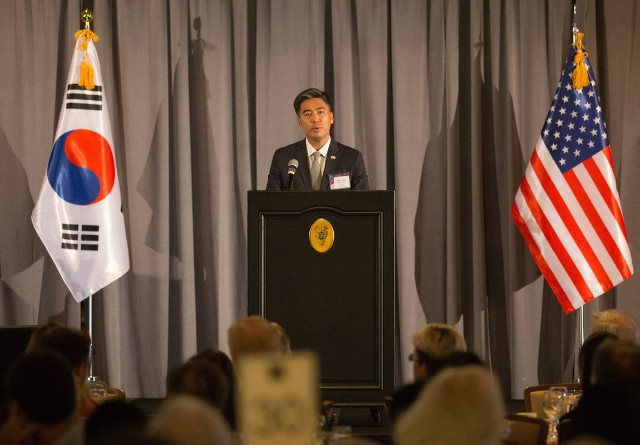 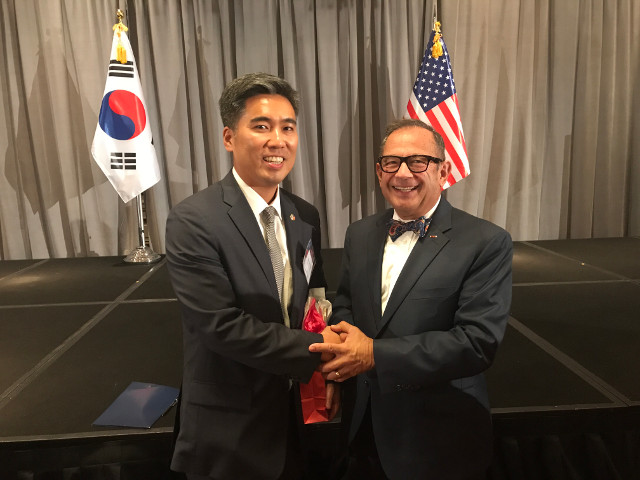 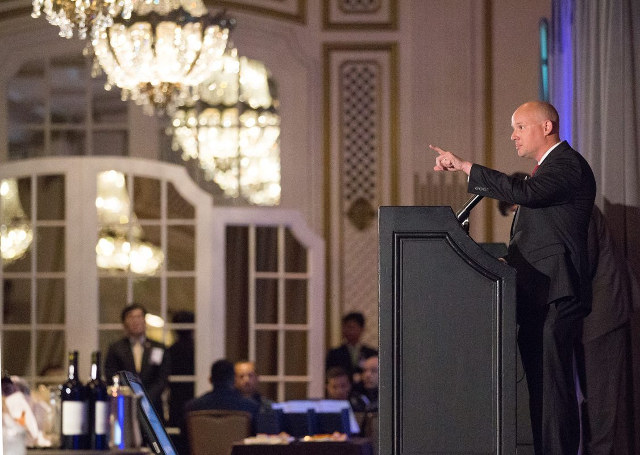 Russell Atterberry, Undersecretary, California Department of Veterans Affairs,
expresses gratitude to the veterans for their service.

Following the speaking program, Acting Consul General Kim presented Ambassador for Peace medals to all those veterans present who had not previously received the award. This medal is symbolic of the gratitude of the Republic of Korea for all those who fought for that nation’s freedom during the Korean War. 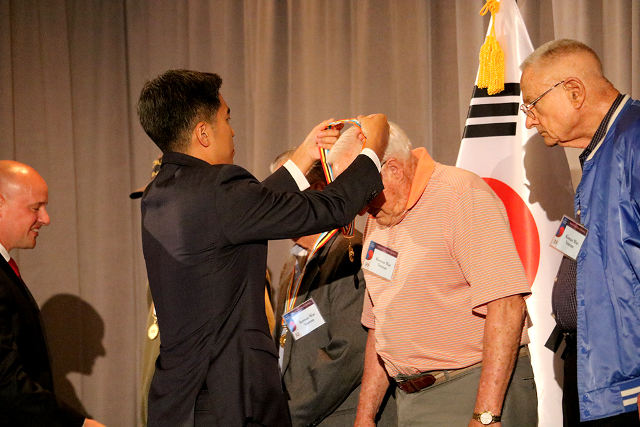 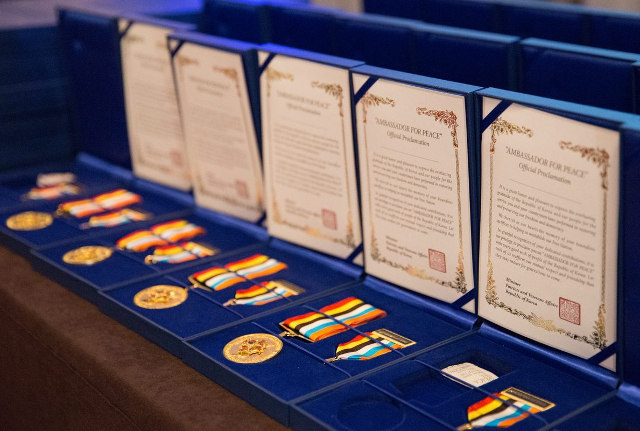 The Ambassador for Peace medals 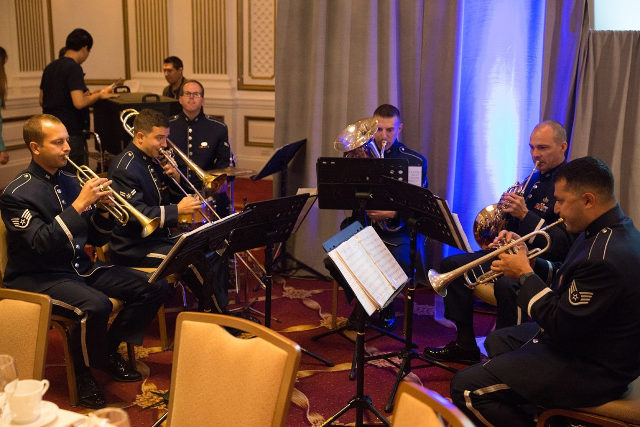 The Korean War veterans and their families were genuinely moved by this well-earned recognition and honor of their sacrifices more than sixty years ago. The Korean War: no longer the Forgotten War. 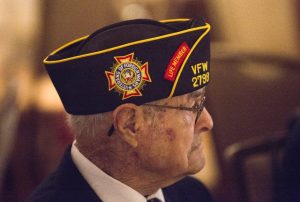 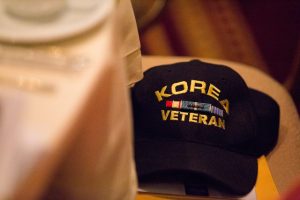