Memorial Groundbreaking Ceremony on July 11 in the Presidio

Another key milestone in our long journey to build the Korean War Memorial will soon be upon us. On July 11, 2015, a formal Groundbreaking Ceremony will take place on the Memorial site in the Presidio of San Francisco. And not long after that date, this symbolic ceremony will be followed by the commencement of major landscaping and construction. 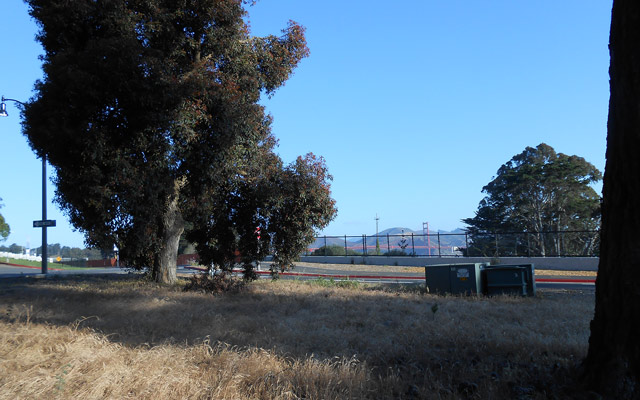 The Groundbreaking Ceremony will take place from 10:00 to 11:30 am on the Memorial site, at the corner of Lincoln Boulevard and Sheridan Avenue in the Presidio, adjacent to the entrance to the National Cemetery where 2,273 Americans who fought in the Korean War are buried. Korean War veterans and their families and friends; donors; members of the media; and other supporters are invited to join us. 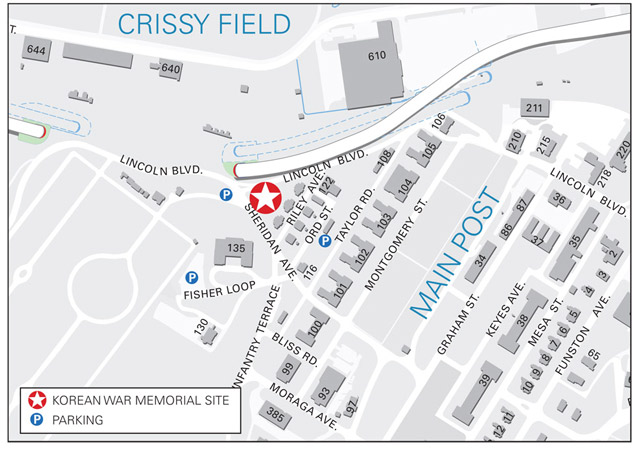 Map showing location of of the future Korean War Memorial

The event will begin with brief remarks by several of the distinguished guests, followed by the ceremonial groundbreaking complete with hard hats and gold shovels. Complimentary light refreshments will be served, and nearby parking will be available. The formal invitation and full program are being finalized now and will be sent out soon. If you would like to receive an invitation and program, please contact Eleanor Zapanta of our staff at eleanor@kwmf.org, 415 921 1933. Please provide your full mailing address, email address, and phone number. Thank you. We hope to see you on July 11 for this exciting Korean War Memorial milestone.

To attend the Groundbreaking Ceremony on July 11, RSVP now to: